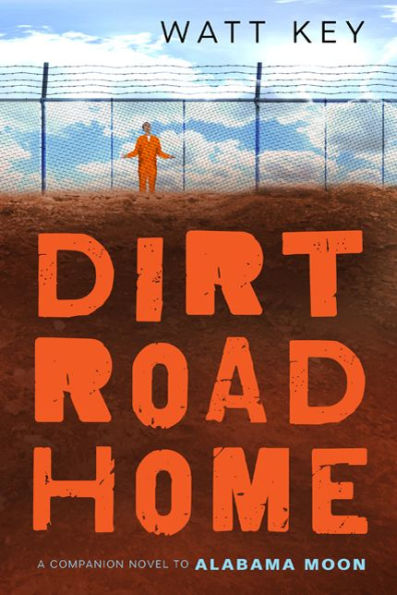 “It’s how you handle fear that determines your cowardice. He is crazy afraid. That is what makes him dangerous,” Paco. –Dirt Road Home

Two years ago, Hal was sent to a state residence to keep him away from his alcoholic father. Hal escapes the boys’ home but is eventually captured. Now, he’s being sent to serve hard time at Hellenweiler Boy’s Home.

With his dad back on the wagon, Hal can walk out sooner than he thinks if he keeps his cool. But at Hellenweiler, trouble finds those who try to avoid it. In order to stay out of trouble, Hal tries to avoid the other residents, but two rival gangs each want Hal to pick a side. To make matters worse, Hal realizes the head of Hellenweiler, Mr. Pratt, is determined to keep Hal locked up. Is there any way Hal can stay out of the gangs’ fights? Will everyone believe Mr. Pratt’s lies?

Hal is determined to stay out of trouble, but other inmates notice his confidence and compassion. For example, Hal encourages the new arrival of Leroy to quickly choose a gang as Leroy will need protection. But after seeing Leroy and Hal interact, the gang leader chooses a cruel initiation task—beat up Hal. Hal quickly realizes Leroy’s struggle and promises not to fight back. Hal takes the beating because he knows it is the only way Leroy will be safe. Throughout the story, many boys fight each other. Some of the fights are barbaric and bloody, which may upset more sensitive readers.

Readers will admire Hal for his determination and grit. Hal’s experiences highlight the violent nature of boys’ homes and the corrupt system that is designed to keep the boys behind bars. The boys often fight each other and the guards gladly ignore much of the fighting. However, the guards seem to relish in being able to use violence to stop the fighting. While the story ends on a positive note, readers will be left wondering if all of the boys can be reformed or if are some of them already destined to live in a prison for the rest of their adult lives.

Full of violence, questionable characters, and suspense, Dirt Road Home will keep the reader interested until the very end. The story has a darker tone and explores difficult topics such as alcoholism, justice, and prison life. Hal and several other characters made an appearance in Alabama Moon. Even though readers do not have to read Alabama Moon to understand the story, understanding Hal’s background will help readers have empathy for him. Dirt Road Home is an easy-to-read story that illustrates how one person can make a positive difference in others’ lives.

“It’s how you handle fear that determines your cowardice. He is crazy afraid. That is what makes him dangerous,” Paco. –Dirt Road Home