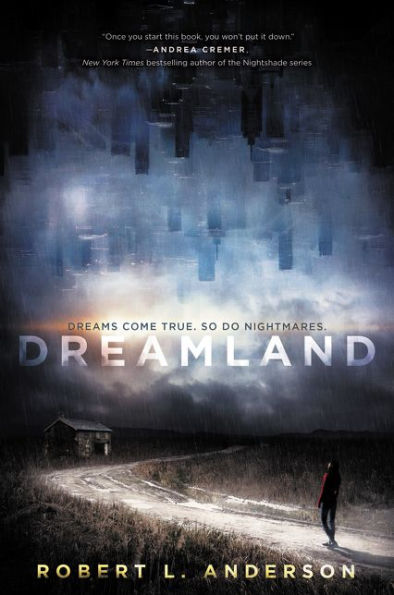 Odea can walk people’s dreams. But walking in other’s dreams can be dangerous. Her mother has taught her the rules—never interfere, never be seen, and never walk the same person’s dream more than once.

Until Connor moves next door. In the effort to get to know Connor, Odea begins walking his dreams.  But then, a series of events occur that makes Odea question everything. Her mother disappears, a mysterious boy begins to follow Odea in the dream world, and monsters begin chasing her. Odea isn’t sure who she can trust in the dream world or her own.

Dreamland pulls the reader into Odea’s story right from the start. Odea and her friend Gollum are both loveable outcasts, whose interactions are entertaining and endearing. However, it’s not just the characterization in Dreamland that pulls the reader into the story. Anderson creates a story that is believable, interesting, and full of suspense. There are multiple plots that run throughout the book; however, they are weaved together perfectly to make the story both easy to read and entertaining. In the end, the mystery of Odea’s mother is solved in a satisfying manner. Dreamland will captivate teenagers without the use of descriptive violence or sex scenes.