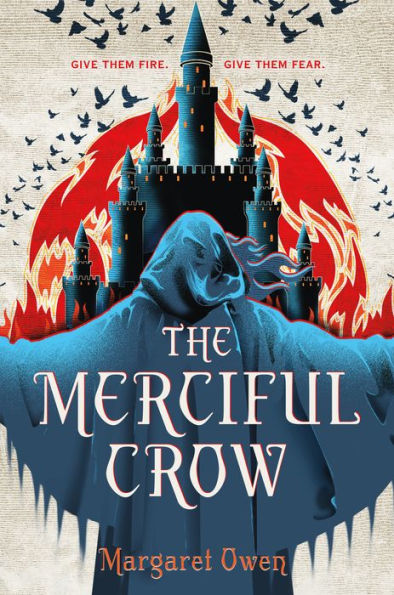 “Some of us,” she told him, “are more merciful than others,” Fie. –The Merciful Crow

In the world of Sabor, the Phoenix Caste reigns supreme, the Hawk Caste does their best to maintain the peace, and the Crow Caste are scorned by all. Fie, a future Crow chief, is a teenage girl who’s roped into helping the Crown Prince Jasimir and his body-double Tavin. Together, all three must outrun Queen Rhusana’s expert trackers and killers.

But what’s supposed to be an easy journey to deliver the Prince into an allied governor’s hands quickly turns into much more than Fie or the rest of her Crows ever expected. Hunted by Queen Rhusana’s handpicked trackers, the Vultures, Fie must summon everything she has to outwit and outrun her pursuers. The conflicts only get harder as she begins to fall in love with Tavin, a love that shouldn’t be possible.

From the moment the book begins, it’s an endless adventure that never fails to deliver on the harrowing journey Fie must undertake. With the class-based society Sabor revolves around, the Crows (Fie’s caste) are universally snubbed and hated by the other castes. This is a theme that hits the reader on the head throughout the story. Despite this, Fie, Jasimir, and Tavin are likable protagonists that help to anchor the story.

While the story is similar to Romeo and Juliet, Owen manages to keep The Merciful Crow fresh. The easy-to-read story is written with wonderful pacing that will keep the reader gliding through each chapter. With a good blend of fast-paced action and romance, the book will hook the reader from the beginning until the very end. The Merciful Crow has several surprises and fun twists that add to the quick scenes. Fie’s relationship with Tavin is also a highlight as the two use the journey to grow both as people and as lovers. While the characters feel underdeveloped at times, they are still fun assets to the story.

The Merciful Crow will delight those who want an action-based adventure story set in a troubled fantasy world. The story features a strong female protagonist and has a theme of fighting against prejudice in a hateful world. Even though the plot is not unique—the main protagonists are forced to journey together and eventually fall in love—The Merciful Crow is a fun tale because of the mix of action and love. The Merciful Crow would be a great addition to any young reader’s bookshelf.

“Some of us,” she told him, “are more merciful than others,” Fie. –The Merciful Crow