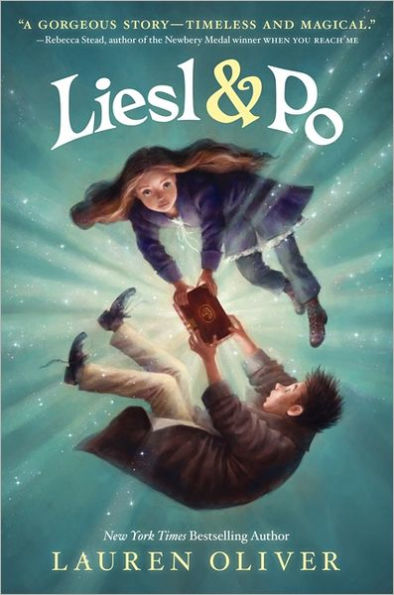 Liesl’s cruel stepmother keeps her locked away in an attic. With nothing to do, Liesl spends her time looking out a tiny window and drawing. One lonely night, a ghost named Po appears from the Other Side. Both Liesl and Po are less lonely when they are together. When Liesl’s father dies, she is determined to take his ashes to a special place. With Po’s help, Liesl is able to escape and the two embark on a dangerous adventure to bury her father.

The alchemist’s apprentice, Will, leads a miserable life. His one joy is to look at the small girl in the attic window. Late one night, Will accidentally mixes up a major delivery. Now, the person who ordered the most powerful magic in the world will stop at nothing to get her potion that Will failed to send to her.

The lives of the children—Will, Leisl, and Po—intersect as they help each other avoid the adults who would like to capture them.

Lauren Oliver writes a beautiful story that shows the power of friendship. Although Liesl & Po is age-appropriate, the story shows a frightening version of the Other Side—a place where the dead lose their shape and their memories. Another aspect that may frighten younger readers is the terrible actions of the adults in the story. The alchemist verbally abuses Will. Liesl’s stepmother plots the murder of Liesl’s father and attempts to kill Liesl. The other adults (except one) in the story are just as vile. However, the story ends in a satisfying way, leaving the reader with hope.