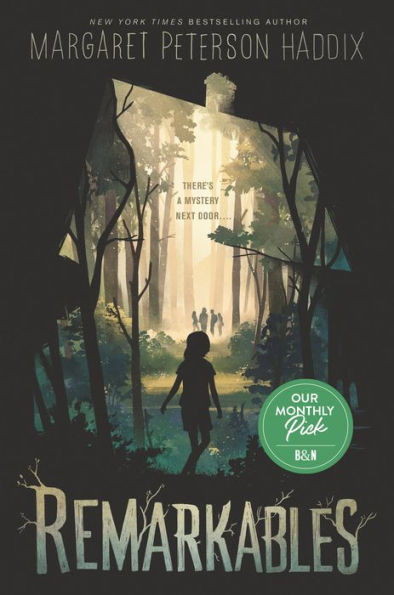 “Isn’t it better to think about working towards a good future than trying to change the past?” Marin. –Remarkables

One minute, they’re laughing and having fun at the house next door. The next minute, they’re gone. Like magic. Marin can’t believe her eyes. Who are these teenagers, and how are they able to appear and disappear?

Marin spots the mysterious neighbors the first day after moving to a new house, in a new town. She wonders if she’s the only one who can see the teenagers, but then she meets a boy named Charley, who reluctantly reveals that he knows about them too. He calls them “Remarkables.”

Full of mystery, Remarkables is a story about family, friendship, and forgiveness. Readers will relate to the protagonist Marin, who is insecure and wonders if she will be able to make friends in her new town. Because of past friendship drama, Marin wonders if there is something wrong with her. However, by the end of the story, she realizes the importance of communication and forgiveness.

Haddix expertly weaves several plot lines into an easy-to-understand, engaging story. Marin’s family is funny, caring, and a bit overwhelmed with all the changes in their lives. When Marin meets Charley, she learns about a tragic accident that happened in the past and how it still impacts Charley’s present. This connects with an incident that happened to Marin before her move. The conclusion of the story merges all of these subplots and shows that “You can have a good future because the past is over. All you can do is learn from it.”

Remarkables will make readers consider the questions: If you could go back in time and change an event, what would it be? Both Marin and Charley consider the question, and they realize that changing the past could cause unintended consequences. When Marin looks at a past tragedy, she realizes the tragedy ended up inspiring others to do good in the world. The relatable characters, mystery, and message all combine to create a story that is entertaining and thought provoking. The story ends on a positive note as it highlights that despite a past mistake, the future still holds the promise of happiness.

“Isn’t it better to think about working towards a good future than trying to change the past?” Marin. –Remarkables