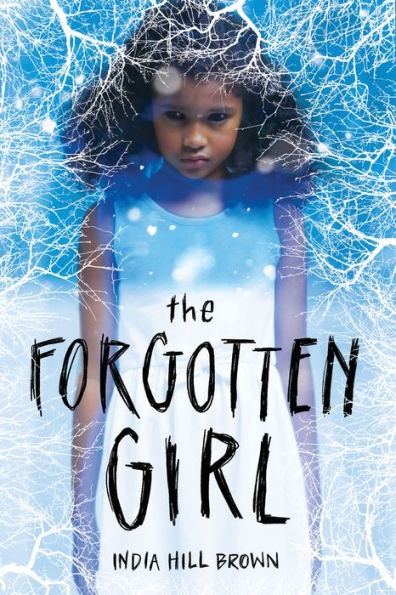 “I think being afraid is okay as long as it doesn’t stop you from saving your best friend from an angry ghost,” Daniel. – The Forgotten Girl

On a cold winter night, Iris and her best friend Daniel sneak into the woods to play in the freshly fallen snow. There, Iris makes a perfect snow angel—only to find the crumbling gravestone of a young girl named Avery Moorse right beneath her.

Soon strange things start to happen to Iris. She begins having vivid nightmares. She thinks she sees the shadow of a girl lurking in the night, and she feels the pull of the abandoned grave calling her back to the woods…

Obsessed with figuring out what’s going on, Iris and Daniel start to research their town. They discover that Avery’s grave is actually part of an abandoned black cemetery, dating back to a time when white and black people were kept separate in life—and in death. They become determined to restore Avery’s grave and have proper respect finally paid to Avery and the others buried there.

Unfortunately, they have summoned a jealous and demanding ghost, one who’s not satisfied with their plans. She is tired of being overlooked and wants Iris to be her best friend forever—no matter the cost.

The Forgotten Girl is a heart-stopping ghost story intertwined with the historical significance of racism. As Iris and Daniel research their town’s history, they learn about when their junior high was desegregated and the history of segregated cemeteries. The story delves into history, but the examples of racism are completely integrated into the story and never feel like a lecture. Through the characters’ eyes, readers will be able to understand how racism isn’t always overt, but it is always painful.

The story also shines a light on how grief can change people’s lives. When Daniel’s father dies, Daniel becomes fearful and cautious. He spends more time at home and no longer spends time with his friends. However, Daniel is not the only person affected by a death. When Daniel’s grandmother, Suga, was a teenager, her best friend died during a snowstorm. The loss of her friend caused Suga to become fearful and superstitious. Through their experiences, the reader learns the importance of not allowing fear to control your life.

“I think being afraid is okay as long as it doesn’t stop you from saving your best friend from an angry ghost,” Daniel. – The Forgotten Girl