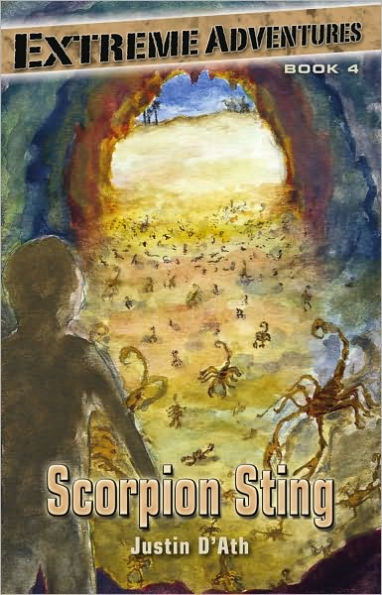 When Sam and his brother, Nathan, go on a caving expedition, the cave roof suddenly collapses, trapping Nathan. Nathan needs medical help in a hurry, and Sam is his only hope. When Sam reaches the cave’s entrance, he’s trapped by angry scorpions. But that’s just the first obstacle he must overcome in order to save his brother.

Once out of the cave, Sam must survive the desert heat and avoid terrorists, all while trying to figure out which direction to go to find help. On his way, he must remain calm and use all of the skills his brother taught him just to stay alive—because staying alive is the only way Nathan will get the help he needs.

Told from Sam’s point of view, Scorpion Sting is full of suspense right from the start. Sam is a likable character, who relies on his brother’s advice to get him through each obstacle. Full of kid-friendly adventure, readers won’t want to put this book down until they reach the exciting and surprising ending.

Although Sam is in danger of being killed several times, the scenes are not described in detail which allows the reader to use their imagination. Even though Sam faces several near-death experiences, the events are not scary because of Sam’s bravery and the lack of graphic detail.

The ending of the book will give the reader several unexpected surprises, including that the terrorists weren’t terrorists at all. A fast-paced adventure, Scorpion Sting will be enjoyed by children, especially boys, of all ages.