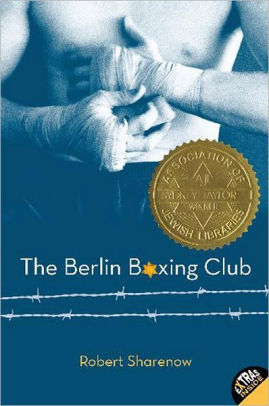 Karl Stern is Jewish in heritage only. No one in his family practices and Karl doesn’t even see himself as Jewish. However, in Nazi Germany, Karl is Jewish, whether he or his family practice the religion. Despite this fact, Karl’s concerns are less about the Nazis and more about becoming a cartoonist, flirting with his neighbor Greta Hauser, and learning how to box from his father’s friend, the great Max Schmeling. But as the restrictions tighten around Jewish people, Karl must learn what it means to be a man, to be Jewish, and to be strong.

Although The Berlin Boxing Club is set in Nazi Germany and has a Jewish protagonist, the events lead up to Kristallnacht, or night of the broken glass, instead of describing a concentration camp. Although the reader will be familiar with the Holocaust, the characters do not know what’s to come. The historical events, like the laws passed against Jewish people, did actually happen, and the reader gets to experience discrimination and hatred through Karl’s eyes. As a form of escapism, Karl draws cartoons that depict him and his sister fleeing the bullies in their lives. These cartoons appear throughout the book and help them keep up hope, even when the situation is dire.

The Berlin Boxing Club contains some characters who are real historical figures. Most prominently featured is Max Schmeling, who was a real German boxer who lost in a historic fight against African American boxer Joe Louis. Although Schmeling was beloved in Germany before this event, his loss failed to prove Hitler’s assertion that the so-called “German race” was superior. This loss helped move Schmeling out of the spotlight. Most importantly, Schmeling historically helped hide two Jewish children. Schmeling’s history is closely tied with Karl and his family, and it is a clever way of mixing fiction with historical facts. It should be noted that Karl and his family are fictional.

The main theme shows Karl’s evolving understanding of manhood. Karl desperately wants to be a boxer because he hates getting beaten up at school, and he would like to be strong to defend himself and exact revenge against his bullies. At the beginning of the book, Karl ties manhood to physical prowess, causing him to knock heads with other characters. Then, Karl meets his father’s friend, the Countess, who is a man dressed as a woman who lives with his male partner. Initially, Karl reacts very negatively towards both of them. But as the story progresses, Karl learns that the Countess fought in the Great War, and he eventually risks his own safety to help hide Karl and his sister. Through characters like the Countess, Karl unpacks his negative baggage around masculinity and learns that courage and strength come in more forms than just physical.

The Berlin Boxing Club is sometimes upsetting due to the events that took place in Nazi Germany and due to Karl’s own internalized issues that stem from damaging propaganda about Jewish people, women, and homosexuality. Karl’s personal journey shows that he can unlearn those terrible things that he thought were true, and that people are far more complicated than Karl gives them credit for. Readers who have already read other fictionalized and real accounts of life from Jewish people under Nazi rule will find that The Berlin Boxing Club is a change of pace, and they may enjoy the different perspectives that the book brings to the conversation. As Karl unpacks his own preconceived ideas, The Berlin Boxing Club is also worth unraveling to find its heart.