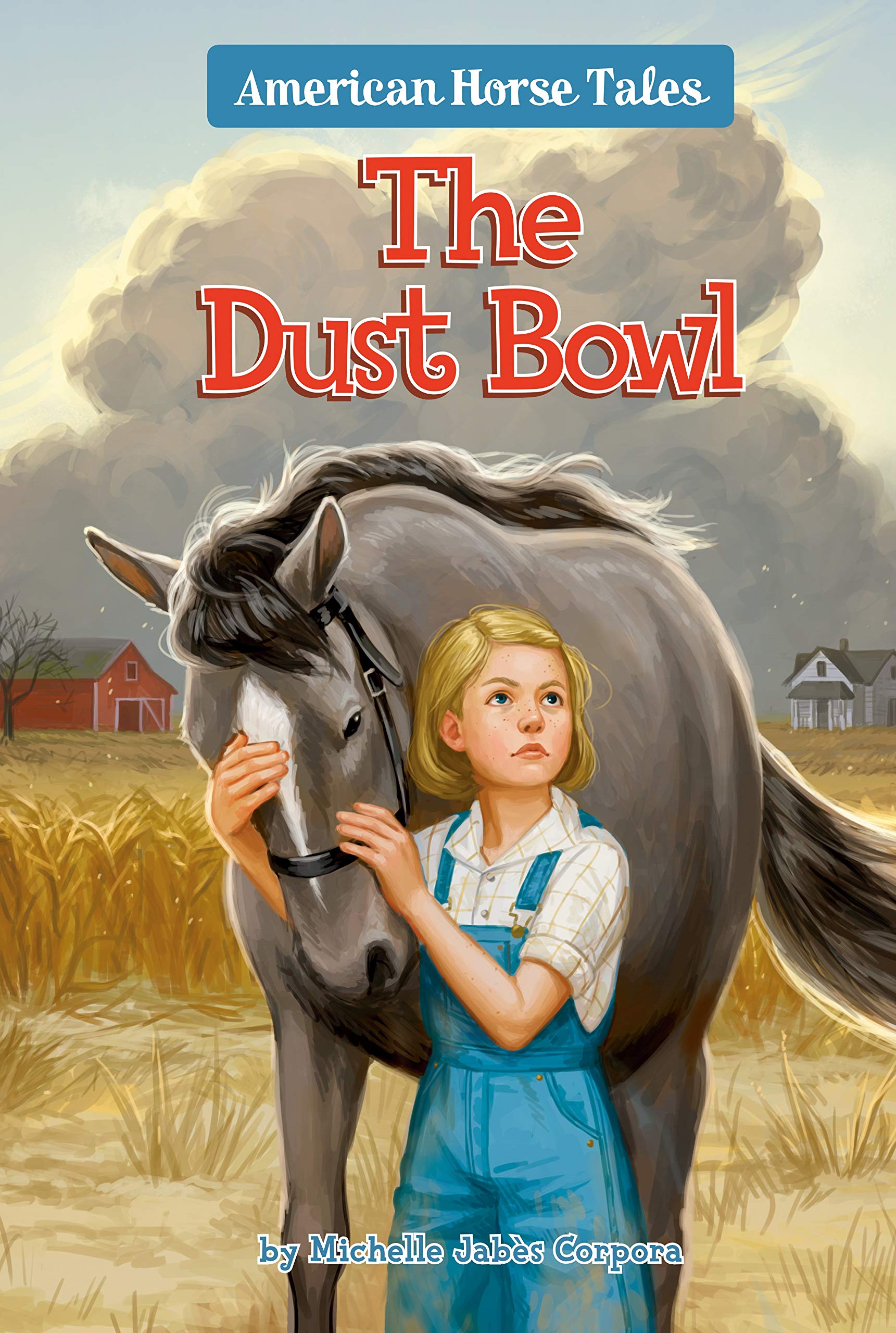 “Courage always brings something home with it,” Pa. –The Dust Bowl

Thimble is Ginny’s best friend on the Oklahoma farm where they live. But during the 1930’s Dust Bowl, the land has dried up and Ginny’s family can no longer afford to care for Thimble. Thinking she can help her family and save Thimble, Ginny develops a plan to move to California and runs away with her horse. But things don’t turn out as Ginny planned. Can she and Thimble make it to California on their own?

The Dust Bowl is historical fiction that will engage readers of all ages. Ginny tells her story using a conversational tone that doesn’t waste words on unnecessary details. The horse-loving Ginny is instantly likable and relatable because of her love for Thimble and her misunderstandings with her father. Even though her parents are loving, Ginny thinks they would be better without her so she runs away. In the end, Ginny’s experiences highlight the importance of family, helping others, and communication.

Along her journey, Ginny meets Silvio, a boy her age who is traveling to California so he can send money home to his mother. When Ginny meets Silvio, she thinks, “There weren’t many Mexican folks in Keyes, but I’d seen a sign or two in Boise City about places that wouldn’t serve them food or let them buy things. It wasn’t fair to treat people differently on account of what they look like.” While the theme of discrimination isn’t explored further, Silvio is portrayed in a positive manner.

The Dust Bowl is an entertaining story that will spark readers’ interest in the Great Depression. While the story doesn’t go into great detail about any one event, Ginny’s story shows how the Dust Bowl affected different families. Even though Ginny and Silvio have no money, they still take the time to help others. When Ginny and Silvio see two men with a broken down car, Silvio doesn’t know how two poor kids can help “rich looking men.” But Ginny is determined to help because her father “always said we should never turn away from a stranger in need, even if we don’t have much to give.”

Even though the book focuses on how the Dust Bowl negatively affected families, the story is surprisingly upbeat. Through every event, the characters find a way to look at the bright side. Even though many parents had a hard time providing food and many had to leave their homes, readers are reminded that “even when everythin’ seems bad, somethin’ good always comes from it.”

“Courage always brings something home with it,” Pa. –The Dust Bowl