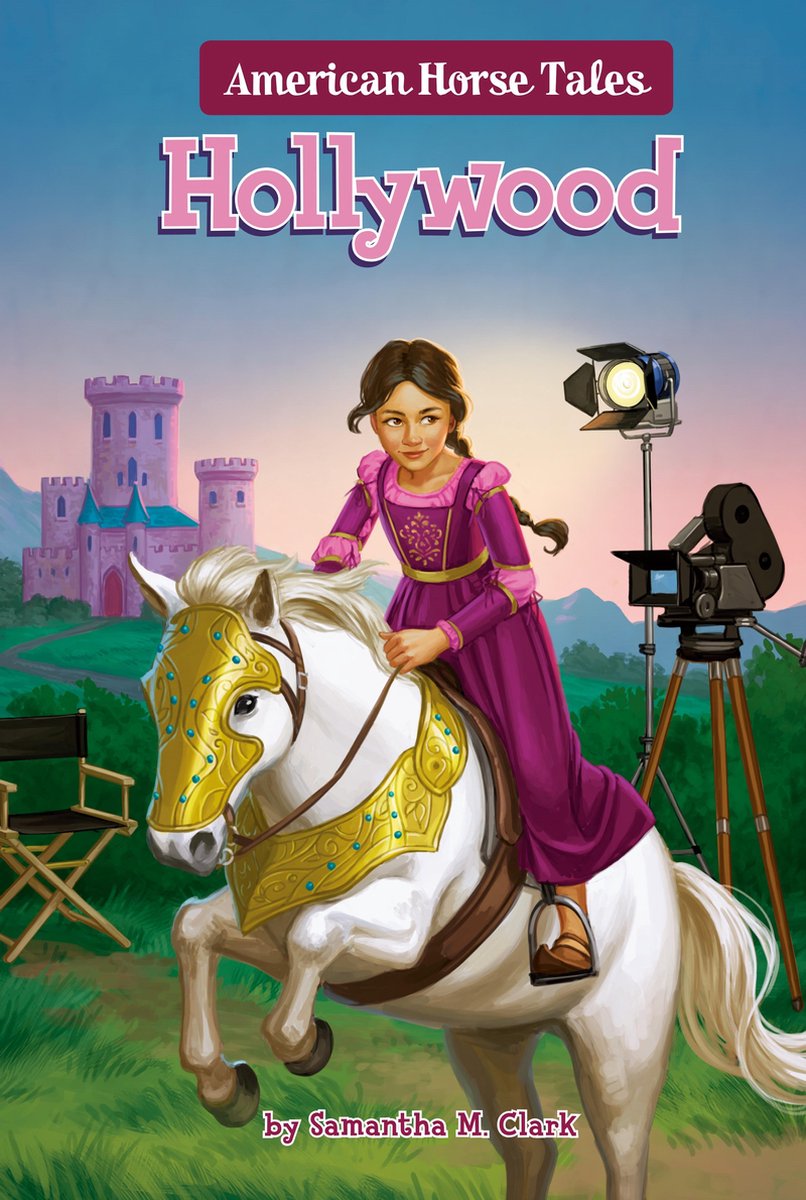 “For every video of me doing a trick right, I have hundreds of videos where I messed it up. And if you count all the hours I worked on the trick before I tried to record it, you’d think this was all I do—which is pretty much true,” Claudia Rains. –Hollywood

Juniper dreams of slaying dragons and rescuing villages on the back of her trusty horse, Able. She knows that Able has star quality that will make him perfect for television. And the show she’d love to be on more than anything is Castle McAvoy. Though her dad doesn’t think Able is ready, Juniper decides to take matters into her own hands and help Able make it through an audition, even if it gets them both in a lot of trouble.

Juniper loves her horse and wants him to be a star, which is one reason that she is excited when she’s offered a part as a stunt rider in her favorite show. With Able on her side, Juniper is confident that they can impress the casting director. But once on set, Juniper begins to think that she isn’t as good as the other stunt riders. When she overhears a conversation about the show featuring a spectacular trick, Juniper volunteers to do a dangerous stunt, even though she has never done it before.

Many readers will relate to Juniper’s insecurities and her desire to prove herself. Juniper often wonders, “What if my best isn’t good enough?” Unfortunately, along the way, Juniper isn’t always honest. In the end, Juniper is so desperate to prove herself that she unhooks a safety harness and ends up falling and breaking her arm. The accident teaches Juniper that her and Able’s safety are more important than being on television.

While Hollywood has plenty of horse action, the story also explores Juniper’s relationship with her sister, Rose. When Rose finds out that Juniper is going to be on Castle McAvoy, Rose begins spending more time with Juniper. Rose also encourages Juniper to do the dangerous trick. When Juniper is injured, Rose confesses that she told “those girls at school that you were on the show. . . I did it because none of them wanted to be my friends. . . So I kept telling them about your show so they’d keep liking me.” Rose learns that it was wrong to use her sister to try to impress the popular kids.

Hollywood will appeal to many readers because of the relatable conflicts as well as the focus on becoming a Hollywood star. While Juniper has moments when she is sneaky and dishonest, she learns valuable lessons about the importance of protecting her horse and herself. One positive aspect of the story is Juniper’s two parent family that is supportive and encouraging. Plus, both the children stunt riders and the adults directing the television show encourage Juniper and do not get upset when she doesn’t do the stunts correctly. In the end, Juniper learns that no one is perfect and the best part of being a stunt rider isn’t being on television, it’s being able to work with her horse.

Horse-loving readers will enjoy the American Horse Tales Series because of the wide range of topics. Despite being a series, the books do not need to be read in order because each one focuses on a new character. Readers who want more horse action should gallop to the book store and grab a copy of Fear of Falling by Laurie Halse Anderson.

“For every video of me doing a trick right, I have hundreds of videos where I messed it up. And if you count all the hours I worked on the trick before I tried to record it, you’d think this was all I do—which is pretty much true,” Claudia Rains. –Hollywood