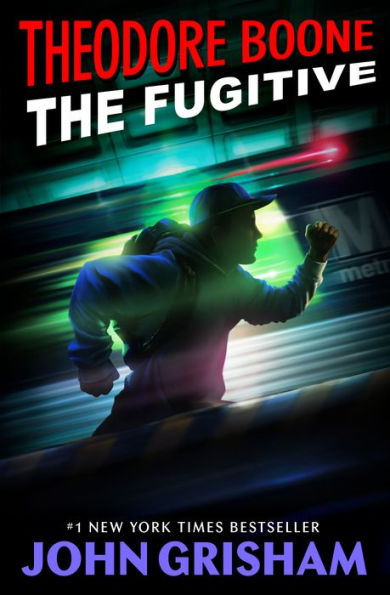 Other books by John Grisham

“It was odd, watching the trial as if everything was fine, but knowing that the entire show was about to come to another shocking end.” Theo Boone –The Fugitive

In The Fugitive, Theo Boone’s class trip to Washington DC goes from normal to interesting in a matter of minutes after he spots the most wanted man in Stratten County: Pete Duffy. Duffy had gone to court in the past for murdering his wife but had escaped due to a mistrial. Theo spots him on their trip and trails the fugitive before talking to his uncle and getting the FBI involved.

The rest of the story takes place in Strattenburg, the same city where Duffy was originally tried. Theo works with his friends, his two lawyer parents, and the FBI to figure out a way to make sure Pete doesn’t get away this time. The only person who saw Duffy is an illegal immigrant, who is scared of what might happen if he shows up in court. Theo has to convince the witness of the need for justice in spite of his fear because nobody else witnessed the crime, and the trial is resting on his testimony. Also, Theo himself also has to get over his fears of Pete Duffy’s accomplices who are known to be violent and brutal, just like the criminal in question. And he has to do all of this while managing his time with school, his friends, and his family.

The Fugitive is aimed at a younger audience but still contains a few adult themes, especially violence and even murder. Grisham doesn’t go into extreme detail when describing these events, but his choice to include a violent crime paints a more believable story. Theo’s story is an exciting thriller but also manages to include the less-exciting parts of crime that take place in the courtroom, such as having to repeat a trial multiple times due to legal errors like a late witness. After tracking down a notorious fugitive, it’s ironic that the only thing keeping him from imprisonment is a mistrial. Boone and the other characters acknowledge this, and much of the story consists of them creating a strong enough case to put Duffy behind bars.

An important lesson that the book conveys is an appreciation for laws and justice. As much as Theo or anyone else would like to just imprison Duffy because they know what he did, doing so without enough evidence would be a violation of due process. In addition, Theo and his parents do a number of good deeds for society, including volunteering at a homeless shelter, opening up free law practices, and just practicing law.

Theodore Boone provides a funny and relatable character for younger audiences. Besides helping capture one of the FBI’s most wanted, Theo is pretty much an ordinary kid. His character design in addition to the enticing thriller that John Grisham has written results in a captivating crime novel that isn’t filled with violence and gore. Theodore Boone: The Fugitive is an excellent read for any aspiring detective.

Other books by John Grisham

“It was odd, watching the trial as if everything was fine, but knowing that the entire show was about to come to another shocking end.” Theo Boone –The Fugitive