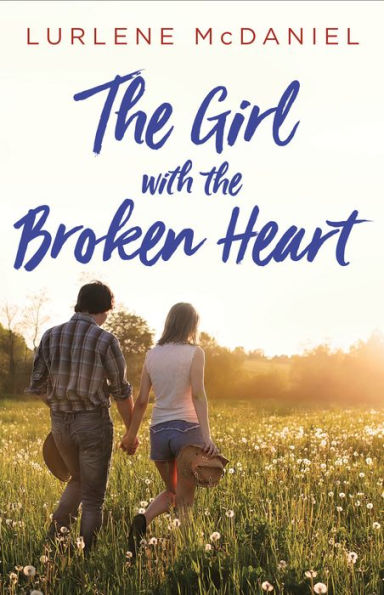 “Humans and horses are a lot more similar than people realize. The way you treat someone, no matter if it’s a person or a creature, can have a lifelong impact,” Marilyn. –The Girl with the Broken Heart

The Girl with the Broken Heart

For the past few months, family has meant nothing but heartache for Kenzie Caine. When her second year at college comes to a close, the last thing she wants to do is return home. Luckily, she’s just landed her dream summer job working at the well-known Bellmeade horse farm in the nearby town of Windemere. Rehabilitating abused horses is hard work, but it’s the perfect distraction from her mother’s deep depression and her turbulent relationship with her father. With the beautiful horses, Kenzie is in her element.

Still, she has her own health limitations—a weakened heart. Her employers, the affable Jon and Ciana Mercer, are well aware of her condition and have tasked the charming stable hand, Austin Boyd, with helping Kenzie with some of the heavy lifting. But Austin has his own secrets. As Kenzie and Austin become closer, those secrets lead to shocking revelations that test the walls Kenzie has built around her heart.

The Girl with the Broken Heart follows a familiar romance format and holds few surprises. Kenzie is an admirable character who doesn’t allow her heart condition to get in the way of her dreams. However, the complicated backstory, which lacks development, makes it difficult to connect with Kenzie. Much of her conflict is internal and revolves around her family life, but the reason for her conflict lacks detail, which causes confusion.

Even though The Girl with the Broken Heart is a clean romance appropriate for younger readers, the age of the character may make it difficult for readers to connect with her. Kenzie is in college, but her love interest’s age is unclear, though he has been working as a police officer for many years. The story hits on the topic of sexting, internet bullying, and suicide. However, these topics are also underdeveloped and unfortunately don’t evoke an emotional reaction.

Kenzie’s summer job is rehabilitating abused horses and the story explains the dangers of the painful method of soring Tennessee Walking Horses. While the abuse may resonate with those familiar with horse competitions, others may be confused because soring isn’t described until later in the book. In addition, the story focuses more on Kenzie’s relationship with Austin instead of her interaction with the horses.

The Girl with the Broken Heart is a sweet romance, but the older characters and lack of plot development make the book more appropriate for older readers. While Kenzie’s heart condition adds interest to the story, in the end, her character will quickly be forgotten. Teens looking for romance with a unique plot should try I Believe in A Thing Called Love by Maurene Goo.

“Humans and horses are a lot more similar than people realize. The way you treat someone, no matter if it’s a person or a creature, can have a lifelong impact,” Marilyn. –The Girl with the Broken Heart