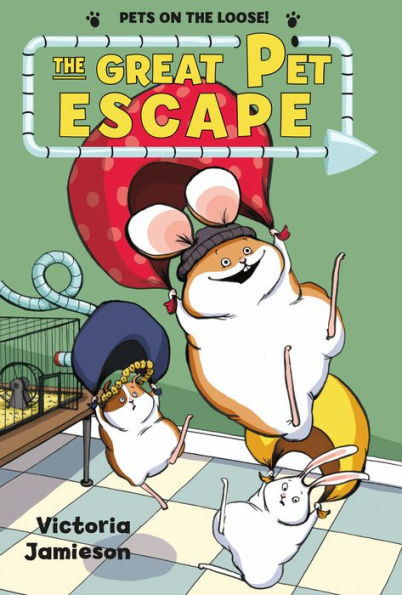 “I don’t use my strength anymore. I use my words, not my fists,” Sunflower. —The Great Pet Escape

Pets on the Loose!

George Washington convinces his friends to leave with him. A mouse named Harriet and her many mouse minions stop the three friends from escaping. Will George Washington be able to battle his way out of this terrible mess?

The Great Pet Escape is an outrageously silly story told from George Washington’s point of view. The graphic novel format will keep younger readers entertained. Although the story is written for those ready for chapter books, they may not understand all of the humor. For example, one of Barry’s former partners in crime has turned into a yoga-loving, herbal tea-drinking, pacifist. Even though some of the humor may not be understandable, readers will still fall in love with the class pets.

Readers will giggle when Harriet’s mouse minions fight George Washington and his friends. The colorful pictures are adorably funny and bring the action to life. Readers will want to read the story again and again, not only to enjoy the illustrations but also to relive the food fighting action. The Great Pet Escape is a unique, ridiculously silly story that will capture reader’s hearts.

“I don’t use my strength anymore. I use my words, not my fists,” Sunflower. —The Great Pet Escape