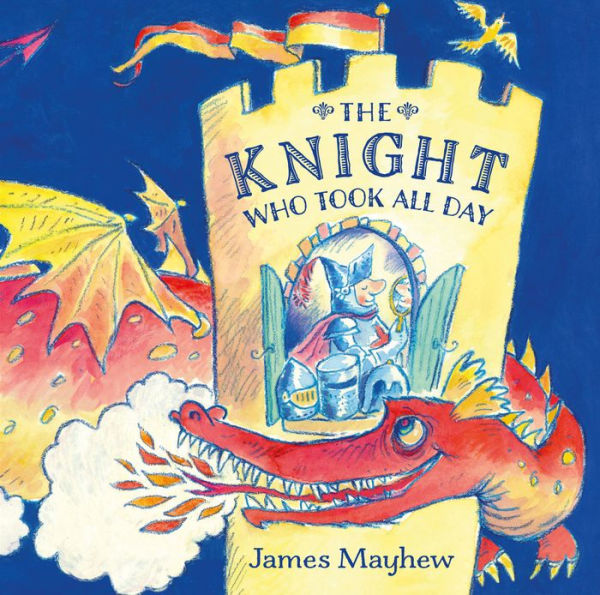 “Who needs saving? Dragons are easy to tame.” The Princess. –The Knight Who Took All Day

The Knight Who Took All Day

The Knight wants to impress the golden-haired princess. He wants to show the princess his skill with a shield and a sword. The Knight searches for a dragon, but doesn’t find one. When a dragon suddenly appears in the village breathing fire, the knight is worried more about his appearance than slaying the dragon. The Knight sends his squire up and down the stairs, getting his fashionable armor. The princess takes matters into her own hands, but will she be able to conquer the dragon?

The Knight Who Took All Day is a cautionary tale that highlights the danger of pride and showing off. The Knight is more concerned with having the perfect outfit than saving the town from destruction. The story may lead to a great discussion on gender roles and stereotypes. In the end, the princess finds a way to tame the dragon. The blond-haired beauty marries the squire and lives happily ever after. In the end, the princess shows her bravery and doesn’t have to rely on someone else to save her.

The story’s text has repetition and different types of font to highlight important words and add interest to the page. Even though The Knight Who Took All Day is a picture book, the story will need to be read aloud, because the text is too difficult for a child to read independently. The Knight Who Took All Day takes a humorous, unique look at the traditional fairy tale that is best suited for those who are interested in knights, dragons, and princesses.

“Who needs saving? Dragons are easy to tame.” The Princess. –The Knight Who Took All Day