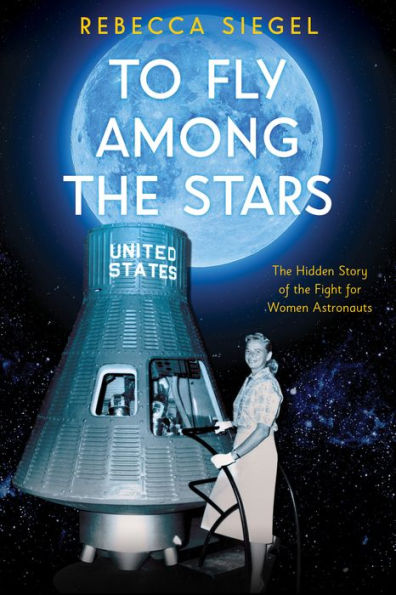 To Fly Among the Stars: The Hidden Story of the Fight for Women Astronauts

It’s the 1960s, and the United States and the Soviet Union are locked in a heated race to launch the first human into space. NASA selects seven men, superstar test pilots, and former air fighters, for their first astronaut class – the Mercury 7. The men endure hours of difficult tests, taunting by fellow pilots, constant media attention, and the public pressure of representing America in a whole new frontier.

But away from the media buzz, there are others quietly fighting for the same opportunity. Thirteen women, accomplished air racers, test pilots, and flight instructors, are putting themselves through those same grueling tests, hoping to defy the era’s boundaries for women and earn a seat aboard a space capsule themselves.

To Fly Among the Stars tells the story of seven men who hoped to ride rockets and thirteen women who dared ask for a fair chance to soar to the stars. Unlike many books, To Fly Among the Stars takes a look at the Mercury 7’s heroic deeds as well as their flaws. Some of the men’s partying, squabbling, and flirting ways were a stark contrast to the women’s behavior. The women had to overcome many obstacles in order to become pilots, including having to look like proper ladies as they flew. Even though these thirteen women were never able to realize their dreams, they took the first steps in breaking the glass ceiling for female astronauts.

Countless individuals worked behind the scenes to land the first man on the moon. While To Fly Among the Stars focuses on Mercury 7 and the 13 women who dreamed of going into space, the large group of characters makes it difficult to keep track of each individual. Often, a chapter will have a few paragraphs on one person and then jump to another person. The shifting topics make the story confusing.

To Fly Among the Stars highlights the brave women who dreamed of going into space and focuses on the discrimination they faced. While this is a valid point, the Mercury 7’s mistakes and bad behavior also become a focal point. The author states that “Accepting women as astronauts would mean that NASA—and all its feverish fans—would be forced to acknowledge that female aviators could do exactly what male aviators could do. And that might threaten the heroic, ultramasculine, tough-guy status the astronauts enjoyed.”

Black and white photographs help tell the story and the back of the book contains a two-page glossary. The difficult vocabulary, quickly changing topics, and the vast list of historical people make To Fly Among the Stars best for strong readers. The book would be excellent to use as a source for a research paper or a school project; however, those who are not interested in the history of flight will find the book difficult to slog through.