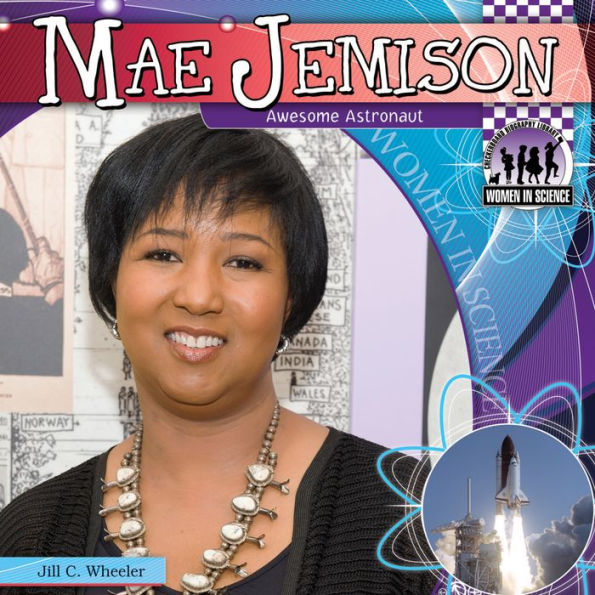 “Don’t let anyone rob you of your imagination, your creativity, or your curiosity. It’s your place in the world. It’s your life. Go on and do all you can with it, and make it the life you want to live,” Mae Jemison. –Mae Jemison: Awesome Astronaut

The Woman in Science Series introduces readers to Mae Jemison, who is a doctor, scientist, and astronaut. Born in 1956, Mae broke gender and racial stereotypesm because when Mae was young, science was considered man’s work. Despite this, Mae was determined to be a scientist. Watching the Gemini space mission and Star Trek encouraged Mae to dream big. On Star Trek, “the crew came from all over the world. Mae liked that Lieutenant Uhura was a woman from Africa. Uhura helped Mae believe she could someday travel to space, too.”

Mae’s curiosity caused her to spend a lot of time in the library reading. She also conducted her own science experiments. Mae’s parents encouraged her to keep experimenting and keep learning. Mae knew she wanted to know more about science, but she also wanted to learn more about her culture, so she studied both chemical engineering and African-American studies.

Mae continued to work hard and eventually became a doctor. She served in a refugee camp, joined the Peace Corps, and became the first African American woman to be accepted into the NASA training program. Eventually, Mae spent eight days on the space shuttle Endeavour. Mae also founded her own company, the Jemison Group, which seeks to encourage a love of science. “Mae Jemison hopes her work will take some of the mystery out of science for children of color and all girls. Anyone can be a scientist, Jemison says. All it takes is curiosity.”

Mae Jemison: Awesome Astronaut shows how curiosity and hard work allowed Mae to become an astronaut. However, it’s Mae’s dedication to helping others that really shines. Her story is told using simple vocabulary, short paragraphs, and pictures of Mae in action. Fourteen vocabulary words are bolded in the text and defined in the glossary at the end of the book. The book ends with a timeline of Mae’s life and an experiment for readers to try.

Mae Jemison: Awesome Astronaut isn’t just for readers who want to be an astronaut. Her story will motivate everyone to reach for the sky and make their dreams come true. Mae’s story highlights how hard work and knowledge combined to help her reach her goals. Even today, Mae continues to help others find their love of science. Mae Jemison: Awesome Astronaut is an easy-to-read biography that everyone should read. Not only does it chronicle Mae’s life, but it also shows the importance of serving others.

“Don’t let anyone rob you of your imagination, your creativity, or your curiosity. It’s your place in the world. It’s your life. Go on and do all you can with it, and make it the life you want to live,” Mae Jemison. –Mae Jemison: Awesome Astronaut