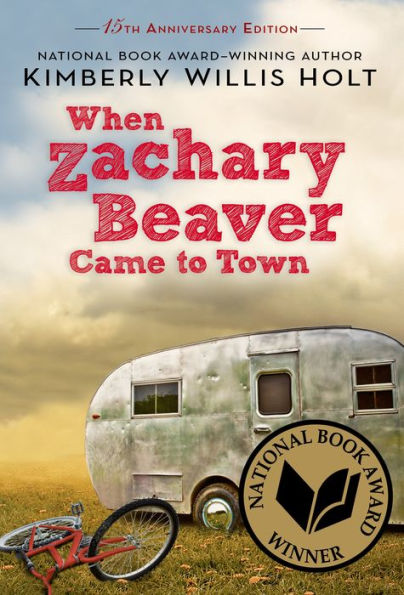 “Sometimes we have to do things that we don’t feel like doing,” Dad. –When Zachary Beaver Came to Town

When Zachary Beaver Came to Town

Nothing ever happens in Toby’s small Texas town. When Zachary Beaver comes to town, almost everyone is willing to give up their money to see the “fattest boy in the world” who weighs over 600 pounds. Toby and his best friend Cal try to befriend the boy, who says he’s been everywhere including Paris. Toby realizes that most people only see Zachary’s large size, not the sad boy underneath.

Zachary isn’t the only thing on Toby’s mind. Everyone seems to be leaving. His mother leaves home to chase her dream of being a country singer. His best friend Cal’s older brother is fighting in the Vietnam war. Toby doesn’t want anyone to know that his mom isn’t coming back, so he makes up a crazy tale. It is then that Toby realizes that he and Zachary might not be so different after all.

Set during the Vietnam era, When Zachary Beaver Came to Town gives the reader a glimpse into life in a small Texas town, where everyone knows everyone. Although Zachary Beaver is the main focus of the story, there are other subplots that weave their way into the story. Toby is dealing with teen love, his mother leaving, as well as his best friend fighting in a war and eventually being killed.

Even though all of the events are told in a kid-friendly manner, many younger readers will find the character-driven story less than exciting. The beginning of the story introduces many, many characters who are difficult to remember. Toby, who tells his story, is interesting and brings humor to the story. Even though the story is told by a 12-year-old narrator, the story deals with some heavy topics including feelings of abandonment, death, dementia, and forgiveness.

Readers will eventually fall in love with Toby and the community; however, readers who are looking for an action-packed adventure will be disappointed in When Zachary Beaver Came to Town. The story highlights the importance of not judging others and forgiveness. The ending of the story will leave readers in tears as it highlights the importance of striving to make your dreams come true. There is a reason When Zachary Beaver Came to Town is taught in schools—it gives readers a picture of the time period as well as teaches important life lessons.

“Sometimes we have to do things that we don’t feel like doing,” Dad. –When Zachary Beaver Came to Town