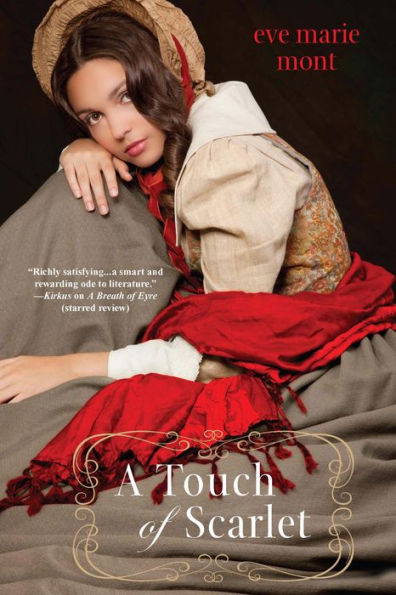 A Touch of Scarlet

Emma’s life is a mess. Her boyfriend Gray broke up with her. Her roommate, Michelle, isn’t talking to her. She is lonely and isolated at her exclusive prep school. Then things get even stranger when she goes into a trancelike state and enters the world of the novel The Scarlet Letter.

In a moment of weakness, Emma kisses her roommate’s boyfriend, which causes her classmates to exclude Emma even more. Emma wants to feel brave, but instead, she’s heartsick over her breakup with Gray, worried about her estranged relationship with Michelle, and wishing her life didn’t parallel The Scarlet Letter.

When Emma finds out that Michelle is gay, Emma tries to help Michelle come out into the open and stop hiding her secret. The second half of the story follows Michelle’s struggle with discrimination and fear.  However, as the story is told from Emma’s point of view, the reader doesn’t get to see Michelle’s emotions. Although it is clear that Emma cares for her roommate, the battle isn’t Emma’s so it lacks emotion and suspense.

A Touch of Scarlet’s best moments are when Emma goes into the world of Hester and The Scarlet Letter.  When Emma watches the plot of the book unfold, she learns that each situation can be viewed from different perspectives and that forgiveness and honesty are important in life.

The book delves into the voodoo religion, showing how to make a hex. Another troubling portion of the story is when Emma learns how to leave her body and travel to The Scarlet Letter’s world.

Emma is shown to be a troubled teen who is trying to deal with life’s complications. She makes mistakes but cares for her friends. Plus, whe does not have sex or do drugs. However, several of the characters are seen drunk, smoking marijuana, and having sex.