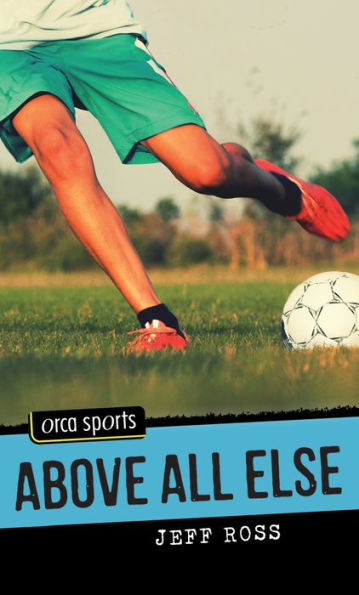 “We don’t retaliate and these guys will be laughing at us on the field. They’ll own us even before we step out there,” Jared. –Above All Else

Del is a striker on the school soccer team, the Cardinals, which has gone almost three seasons undefeated. To Del, it’s just a game, but some of the players think winning is all that matters. After an in-game altercation with the Cardinals’ main rival, the Rebels, one of Del’s teammates is attacked and seriously injured by an unknown assailant. Is it an act of retaliation or did someone finally take the above-all-else mentality too far?

Above All Else blends on-the-field action and mystery into a fast-paced story that will leave readers with one question: should a team play dirty in order to win?

While the story has some play-by-play soccer descriptions, much of the story revolves around the mystery of who hurt Del’s teammate. The mystery focuses on Del’s perspective, which allows the reader to piece together the clues. In the beginning, Del avoids conflict by staying quiet. However, in the end, he stands up for what he knows is right. Both Del and his teammates learn that “you can lose and walk off the field with your head high.”

Above All Else will appeal to both sports fans and mystery buffs. Written as a part of the Orca Soundings books, which are specifically written for teens, Above All Else is a fast-paced book that explores the idea of winning at all costs. While Above All Else may appeal to younger readers, parents may object to the frequent profanity and name-calling. However, older readers who are reluctant to read will enjoy this high-interest, easy-to-read story.

“We don’t retaliate and these guys will be laughing at us on the field. They’ll own us even before we step out there,” Jared. –Above All Else