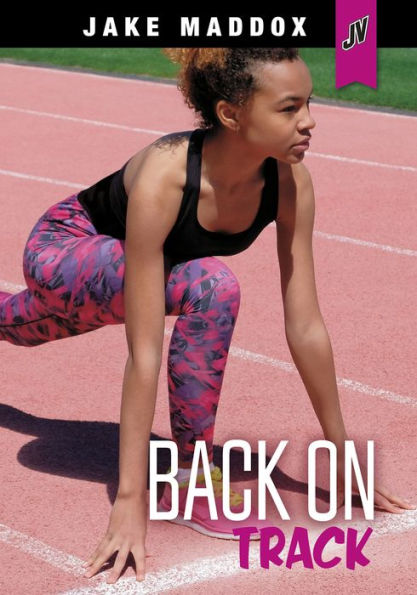 “She felt free and alive. She’d had no idea running could be like that,” Addison. —Back on Track

Addison loves to run – she may even be the fastest runner in sixth grade. Unfortunately, she has no way of knowing because her mom won’t let her join the track team. Addison has to babysit her little brother, Charlie, every day after school while her mom works. When Addison’s PE coach specifically asks her to join the team, she and her best friend Sofia devise a plan. Addison secretly joins the track team and finally gets to pursue her passion.

The lies pile up though, and Addison can’t help feeling guilty. Finally, after lying about going to Sofia’s house when she really is going to a track meet, Addison gets caught. Although her mom ultimately decides Addison can stay on the track team, Addison is still punished for lying and has to make sacrifices, including waking up earlier for school.

Addison is a typical, likable twelve-year-old. She doesn’t always think through her decisions, like when she feeds Charlie ice cream for dinner and he ends up getting sick. She isn’t bitter about having to babysit Charlie. She appreciates how hard her mom works and doesn’t ask for new track shoes because she knows they can’t afford them. But every now and then, Addison wants the opportunity to be able to be a carefree sixth grader.

Back on Track is part of the Jake Maddox JV Girls series, a series of standalone sports books. Back on Track has a simple plot, short chapters, easy vocabulary, and a relatable main character. It is good for reluctant readers. At the back of the book, there is a glossary, discussion questions, writing prompts, and tidbits about track and field. Readers, especially those who run track, will enjoy reading the descriptive race scenes and easily relate to Addison’s passion for running. Although Addison is well-developed, none of the secondary characters have depth.

While Back on Track is a sports book, the story focuses more on the importance of honesty and sacrifice. The story focuses on Addison’s inner battle over whether she should tell her mom she joined the track team. Even though Addison ends up getting what she wants, she still appreciates the sacrifices her mom and Charlie make for her. Now that they are in the stands cheering for her, Addison enjoys the track meets more. She expresses this in her thoughts during her final race: “[Addison’s] family had made big changes just so she could run. She wanted to make them proud.”

“She felt free and alive. She’d had no idea running could be like that,” Addison. —Back on Track