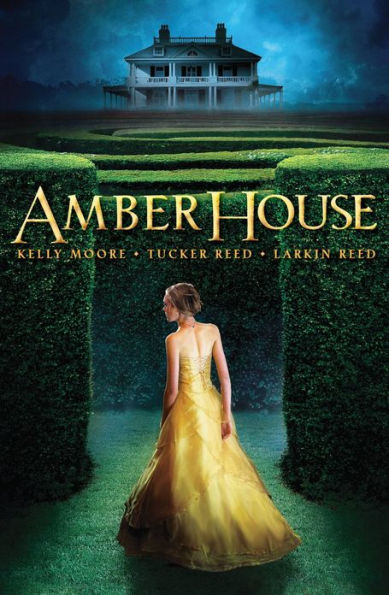 “Ida saw things too. She called them echoes. When she touches certain things, little bits of the past came to life for her. She said they were the house’s memory,” Jackson said. —Amber House

Sarah had never seen Amber House, the family estate until her family traveled to Maryland in order to sell it. The house has been in the family for three hundred years, but Sarah doesn’t care – that is, until she starts seeing visions of its past. It turns out the women of Amber House have the gift of seeing the home’s echoes, and not all of them are moments for which the family would like to be remembered.

Despite her fear, the lure of hidden diamonds keeps Sarah at Amber House, digging to uncover its secrets. As her family gets closer to selling the estate, Sarah becomes more attached, desperate to save her family’s heritage. But when her little brother gets trapped in the in-between world of spirits and memories, Sarah realizes her family heritage is darker than she had ever imagined.

Filled with beautiful imagery, Amber House is a delight from beginning to end. The constant unraveling of numerous mysteries is complemented by the troubles of a normal teenage girl—parental discord, family drama, and a sprinkle of romance that complements the story while not becoming overbearing. In a surprising feat, the main and supporting cast of characters are all well-developed, creating a story full of people to root and long for.

While this story has a fair amount of violence, it is not graphically described. For a young adult novel, the sexual content and language are also refreshingly mild. The book is a must-read because of the well-developed cast, beautiful imagery, and a delectably unique storyline. Also, the main character, Sarah, is extremely likable. Overall, Amber House is a joy to read and it leaves readers desperately hoping the sequel can live up to its predecessor’s impressive feat.

“Ida saw things too. She called them echoes. When she touches certain things, little bits of the past came to life for her. She said they were the house’s memory,” Jackson said. —Amber House