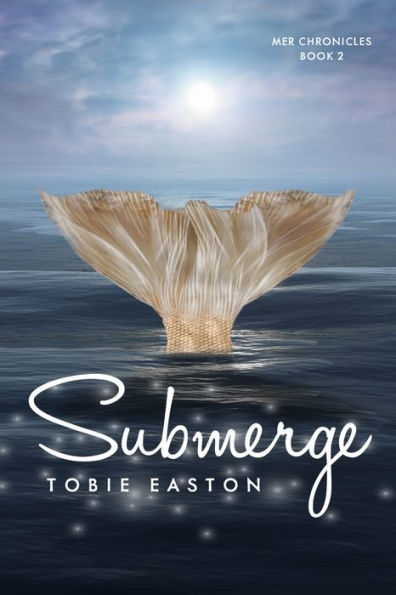 Other books by Tobie Easton

“One should never apologize for actions motivated by a good reason,” Ondine. –Submerge

Lia and Clay’s love has broken the Little Mermaid’s curse, but their ever after may not be as happy as they planned. Lia is adamant about staying on land with Clay for her senior year despite her family’s opportunity to move to the new, sparkling capital city below the waves. But before any decision about the future can be made, her family must endure Melusine and her father’s trial, where new revelations will have far-reaching consequences that threaten what Lia holds most dear.

The verdict will shake Lia’s world, calling into question her future with Clay, her feelings for Caspian, and the fate of all Merkind. As she wonders who to trust, Lia sets out on a treacherous path that will lead her away from her sheltered Malibu home to a remote and mysterious school for Mermaids—Mermaids who may hold the secret to an ancient magic Lia can use to get back all she’s lost.

As a “princess,” Lia must learn about Mer politics. However, much of Lia’s teaching is dry and boring. In class, Lia learns about “magic having unintended political consequences.” Even though the story introduces the Mer world, Lia explores very little of it. Instead, her only focus is on restoring Clay’s memory so they can be together. Lia is so focused on herself that she never notices anyone else’s needs. Unfortunately, Lia’s single-minded focus on Clay becomes tedious.

The first part of Submerge is a retelling of the events from the first book in the series. The repetition is long-winded and readers will quickly lose interest in the court proceedings. In addition, a Mer teacher, Ondine, is introduced. Instead of adding interest to the story, Lia’s trust in Ondine is unbelievable, and Ondine’s betrayal, predictable. To make matters worse, Caspian is suddenly in love with Lia, which adds another unbelievable element to the story. The conclusion doesn’t wrap up any of the story’s threads and reinforces the idea that Lia cannot think past her own wants. Readers who love Disney’s Little Mermaid will want to throw the Mer Chronicles into the ocean and watch it sink to a watery grave.

Other books by Tobie Easton

“One should never apologize for actions motivated by a good reason,” Ondine. –Submerge