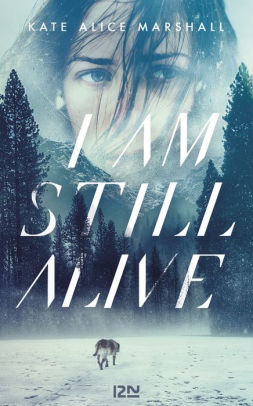 “If you can’t be strong, you have to be smart. And smart is better than strong, out here,” Jess Cooper. – I Am Still Alive

I Am Still Alive

Jess Cooper loses her mother and some of her mobility in a car accident. At fifteen—soon to be sixteen—years old, she is forced to live with her absent father in middle-of-nowhere Alaska. Then just as Jess was getting to know her father, a secret from his past leaves him dead. Jess is determined to survive in the wilderness with nothing except her father’s hunting dog and her wits.

Jess journeys through the wilderness to her father’s second cabin just as winter begins to set in. During her stay at the cabin, she plans her revenge against the men who killed her father. As winter continues, she also learns skills to keep herself alive and just how much the wild does not care about human life.

The first half of the book follows Jess in a “before and after” journal style as she recalls moments before and after her father’s murder.  With the change of point of view (from journal to the first-person present) the reader loses descriptions of Jess’s surroundings as the story becomes more of a stream of consciousness, which focuses on Jess’s inner thoughts. The journal-like style gives readers insight into Jess’s internal thoughts and worries. Understanding Jess’s personality and thought process allow readers to connect and sympathize with her.

Despite the many trials Jess goes through—the car accident, her father’s murder, her physical disability, and a lack of survival skills—she uses her wits and figures out ways to solve problems. Jess’s first obstacle is finding shelter. Jess recalls memories of building stick shelters in a small patch of woods with friends. She realizes that she does not need to chop down trees or find the greatest place to hunker down. She has the remnants of her father’s burned-down cabin, and a belt to help drag planks. Through Jess’s experiences, the reader will learn the importance of perseverance in the face of danger.

The style and wording of the novel welcome young readers, though the topics may be upsetting. While the violent death of a parent is a heavy topic, readers will gain insight into Jess’s emotions and feelings as she struggles with stressful situations. Readers who enjoy survival stories will enjoy the action and tension as Jess fights her father’s murderers. Readers also gain a sense of triumph as Jess completes her goal of survival in the wilderness.

I Am Still Alive is a quick read with an uncomplicated plot, but the act of surviving gives enough of a thrill to make readers want to know the end of Jess’s story. While she does not always learn from her mistakes—she often makes the same mistakes two to three times—she always puts 100% of her energy into planning a way around an obstacle. While the ending is not completely happy, Jess grows as a character from the city girl she once was. At the end of it all, she even feels a slight pull back to the wilderness. Jess thinks the wilderness is, “A place that does not love me and that I do not love. But we don’t expect love from each other, the wild and me.” Readers looking for other snowy survival stories should check out Ice Dogs by Terry Lynn Johnson and Not If I Save You First by Ally Carter.

“If you can’t be strong, you have to be smart. And smart is better than strong, out here,” Jess Cooper. – I Am Still Alive