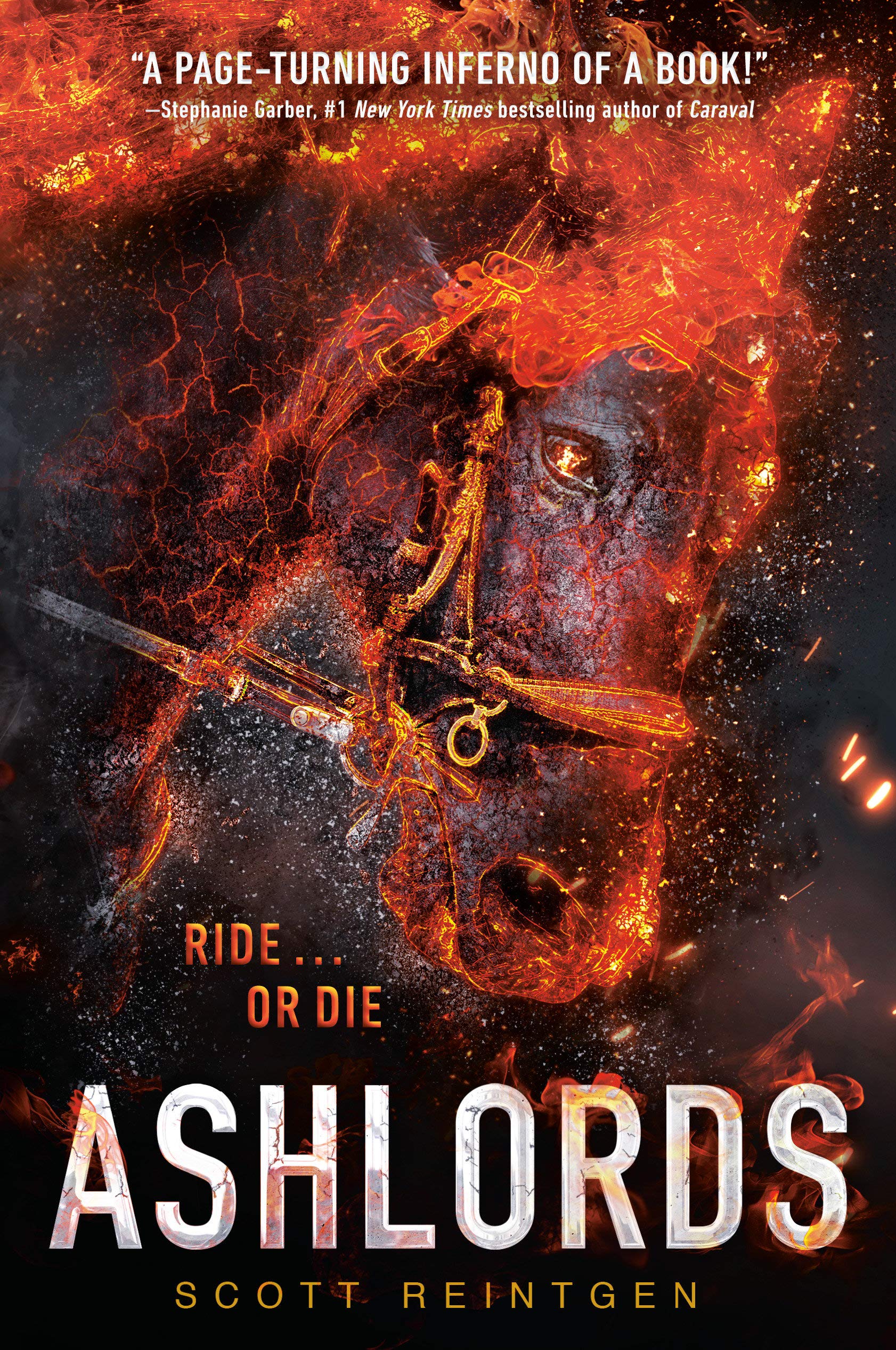 “Losing [the Race] will accomplish the same as winning would. They are going to kill you, Adrian Ford. And when they kill the favorite son of the Reach, it will start a revolution. Victor or martyr, your father gets his war,” The Dread. –Ashlords

Ever since the Ashlords were gifted phoenix horses by their gods, they’ve raced them into battle, on hunts, and now at the world-renowned Races.

Elite riders from clashing cultures vie to be crowned champion by honing their ability to create and control phoenix horses, which are made of ash and alchemy—they’re summoned to life each sunrise and burst into flames each sunset. But good alchemy only matters if a rider knows how to survive the brutal nights. While murder is outlawed, breaking bones and poisoning the ashes of your competition are legal, even encouraged. Eleven riders will compete in this year’s races, but three of them have more to lose than the rest.

Imelda is a Dividian—too poor to afford the cost of entry until her alchemy videos created a media storm that throws her headfirst into the competition as a fan favorite.

Pippa is an Ashlord—the ruling class—and the expected winner. But when she falls for a competitor, will she ruin her chances of inheriting the crown?

Adrian is a Longhand—known for their vast wealth and failed rebellion. He is a symbol of revolution and the last chance for his people to rise against the Ashlords.

Ashlords is an intense book that questions the role of the ruling class, the Ashlords. The story is told from the point of view of three characters—Imelda, Pippa, and Adrian. While Imelda’s and Adrian’s chapters are written in the first-person point of view, Pippa’s chapters are written in the second-person point of view. While this helps distinguish Pippa from the other characters, using “you” is disconcerting. And even though the reader understands the characters’ motives, none of them are relatable.

In the process of setting up the Ashlords’ world, Reintgen piles on a lot of information about the characters’ complicated society. In addition, there are many references to the Ashlords’ gods helping them win a war, but the backstory isn’t fully developed, which causes confusion. Some readers will struggle with the amount of information that is packed into the first part of the book.

Readers who are drawn to the Ashlords in the hopes of reading a good horse story will be disappointed. Instead of focusing on the horses, the Race’s brutal fight scenes take center stage. The book’s descriptions of the Ashlords’ religion and politics also becomes tedious. While the book discusses class differences, the reason the Longhands want to revolt is unclear. Ashlords focus is on the impending revolution and the violence of the Race. If you want a good horse story without violence and war, Ashlords is not the book for you.

“Losing [the Race] will accomplish the same as winning would. They are going to kill you, Adrian Ford. And when they kill the favorite son of the Reach, it will start a revolution. Victor or martyr, your father gets his war,” The Dread. –Ashlords