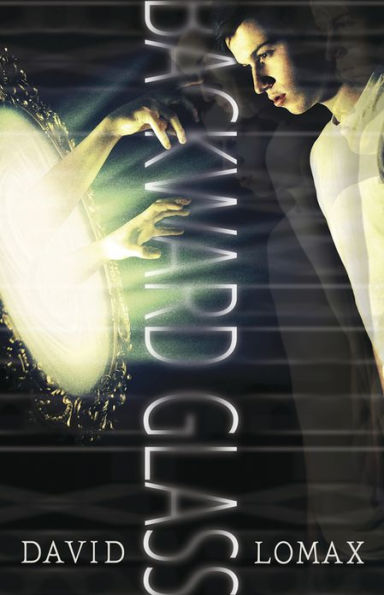 For as long as anyone can remember, a skipping song has warned children about the dangers of Prince Harming. “Lover sweet, bloody feet, running down the silver street. Leave tomorrow if you’re called—truth and wisdom in the walls. Crack your head, knock you dead, then Prince Harming’s hungers fed.”

When Kenny moves to a new town, he is shocked when his father finds a dead baby hidden in the wall of the carriage house. But what shocks him more is the note that is found with the baby. “Help me make it not happen, Kenny. Help me stop him. Clive is dead all over again.”

Kenny embarks on a journey through different time periods with the help of his newfound friend Luka and a time travel mirror. The two teens hope to save the baby and figure out how the skipping song is related to the child’s death. They soon discover that Prince Harming is not just a fairy tale character, but a living man who is out to kill Kenny and anyone else that stands in his way.

Backward Glass is an interesting story. However, there are many different characters in different time periods, which makes keeping track of people and events a little difficult. In the end, all of the pieces of the story fall into place to give the reader a satisfying ending.