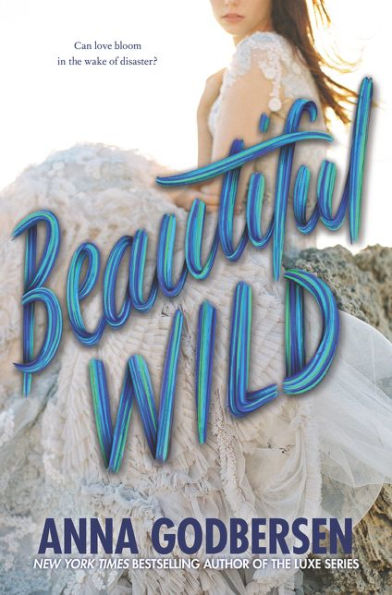 “A person who is just strong and able without trying is rather boring, don’t you think? A person who has made himself that way by dint of his own will is much more interesting. That’s the kind of person they put in books and songs and things,” Vida. –Beautiful Wild

Vida Hazzard can see her future. Aboard the heralded “Millionaire’s Ship of the West,” she’ll charm the young scion Fitzhugh Farrar, resulting in a proposal of marriage.

But Vida didn’t plan on Fitz’s best friend Sal, a rough-around-the-edges boy with a talent for getting under her skin. Nor did she anticipate a hurricane dashing their ship and her dreams to pieces. Now stranded on an island with both Fitz and Sal, Vida is torn between the life she’s always planned for, and a future she’s never dared to want. As they desperately plot a course for home, Vida will discover which boy will capture her wild heart—and where her future truly lies.

Beautiful Wild has an interesting premise, but the predictable plot and spoiled protagonist make the story drag. First of all, Vida is a self-centered girl whose only goal is to snag Fitz as a husband, even though she has no genuine feelings for him. Vida longs for adventure but realizes “that the adventures of young women are adventures of the heart—or of husband-hunting. And that it was enough for you to see the heights of the world through the eyes of the man you would marry.” When Vida finally wins Fitz’s heart, she realizes her longing for clothes, parties, and acceptance in society means nothing to her. Unrealistically, she sails off into the sunset, alone and in search of her true love, Sal.

Even though the story is written in third person, Vida’s thoughts take center stage. Unfortunately, Vida’s conflicts are revealed through long-winded passages. In addition, readers may have a hard time relating to Vida because the girl is selfish and vain. Even after Vida learns that Fitz has been in a long-standing sexual relationship with his brother’s wife, Vida still wants to marry him so her own materialistic wants will be fulfilled. When Vida begins to have doubts, Vida’s mother reminds her of the importance of getting married, because if she doesn’t “your life will be aimless, and you won’t be anybody at all.”

Beautiful Wild has elements of a survival story as well as a romance but lacks action and character development. Vida’s two love interests are so undeveloped that the love triangle lacks suspense. However, readers will come away from reading Beautiful Wild with a new understanding of the restrictive lives women had in the past. The ending is predictable and lacks an emotional impact. Readers who like to understand a character’s inner musings may like Beautiful Wild. However, if you’re looking for a heartfelt romance or an action-packed survival story, Beautiful Wild will leave you disappointed.

“A person who is just strong and able without trying is rather boring, don’t you think? A person who has made himself that way by dint of his own will is much more interesting. That’s the kind of person they put in books and songs and things,” Vida. –Beautiful Wild