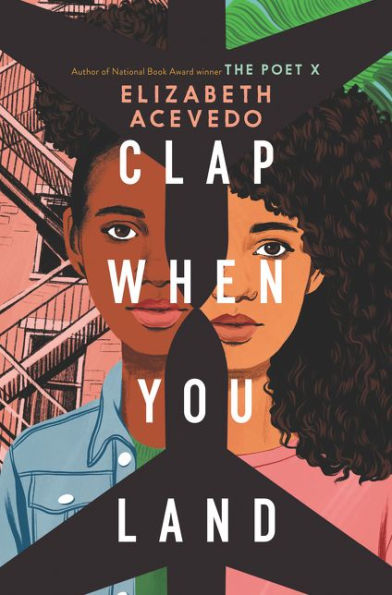 “You have to move forward. It cannot return where it was,” Yahaira. – Clap When You Land

Clap When You Land

Camino and Yahaira’s lives are turned upside down when they hear the news, “There have been no survivors found from flight 1112.”

Camino works with her aunt as a traditional healer and had aspirations of joining her father in New York to study medicine and become a doctor. Her father pays a local sex trafficker to leave Camino alone so she can focus on her schoolwork. Without her father funding this and her private education, she feels as though her dreams are now out of reach.

Clap When You Land follows Camino and Yahaira on their journey to discover how their lives are interconnected and what it means to be family. They both feel betrayed by their father’s secrets and must learn to cope with the aftermath. Camino and Yahaira learn the world is not always black and white, that maybe their father truly loved both of them. Yahaira comes to terms with her father’s deception saying, “I know now, Papi could not move between two families. When he was here – he was mine, when he was there, he was theirs.”

This spellbinding novel follows the two girls on the cusp of adulthood. Both girls must learn to deal with life’s challenges. Yahaira navigates life in New York as a lesbian, while Camino learns how to follow her dreams despite her circumstances. Clap When You Land will help readers understand the grieving process and how to cope with an immense loss.

In addition, Clap When You Land discusses health disparities that exist both in the Dominican Republic and in the United States, providing important commentary on health inequities throughout the world. High school-aged readers will find Camino’s and Yahaira’s journey entertaining and captivating. The two young women are relatable characters who impart valuable life lessons.

“You have to move forward. It cannot return where it was,” Yahaira. – Clap When You Land