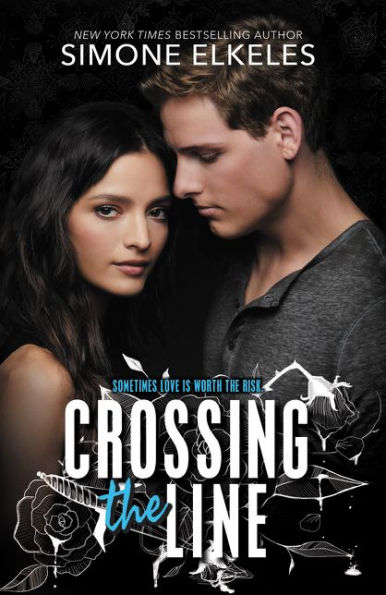 “Being independent was my goal in life, but I was wrong. It’s about making meaningful connections with people who’ll stick up for you and be your champions,” Dalila.  —Crossing the Line

Dalila Sandoval, the daughter of one of the wealthiest lawyers in Mexico, is focused on her future. She is turning 18, but she already knows exactly what she wants from life—until she meets Ryan Hess. He is a “bad boy” who doesn’t fit into her life, but when she looks into his blue eyes, a flame of desire comes alive.

Ryan Hess has one goal—to prove he can become a great boxer. He flees an unhappy family life and travels to Mexico in the hope of convincing a famous retired boxer to train him. He does not want to be pulled into Dalila’s life or her problems, but he can’t stop himself from falling for her. Despite their immediate attraction, forces outside of their control quickly rise to conspire against them. Is there any way their love can survive?

Dalila and Ryan are two star-crossed lovers who, like Romeo and Juliet, fall in love quickly. Each chapter flip-flops between Ryan and Dalila’s point of view, allowing readers to understand both character’s thoughts and feelings. The beginning of the story is predictable, and the supporting characters are underdeveloped. Despite these drawbacks, readers who enjoy a good love story will be drawn into the couple’s drama and enjoy the unique angle of a rich girl from Mexico falling for a poor American.

Crossing the Line is not a book for those wanting a plausible story based in reality. Ryan spends all his time thinking about proving himself in the boxing ring, but once Dalila steals his heart, he quickly forgets about his dream. Dalila has no qualms about lying or using her body to beguile Ryan. Even though Ryan knows that Dalila is manipulating him, he overlooks her flaws and vows to stay by her side as she tries to figure out if her father is involved in the Mexican Mafia.

Crossing the Line is full of mystery and has a whirlwind ending full of surprises. The story follows the typical story line—boy and girl don’t want to fall in love, but are forced together by outside forces. For older readers who want a steamy, action packed romance, Crossing the Line will keep you entertained.

“Being independent was my goal in life, but I was wrong. It’s about making meaningful connections with people who’ll stick up for you and be your champions,” Dalila.  —Crossing the Line