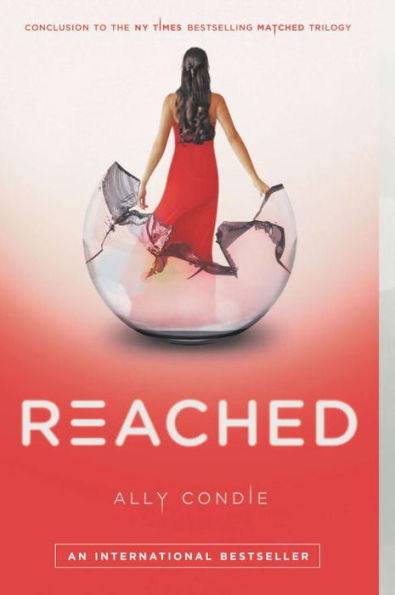 "I realize now how much courage it takes to choose the life you want, whatever that might be." —Reached

Xander is quarantined in a hospital, trying to treat those affected by the plague as well as trying to help find a cure.  However, time is running out. The plague has mutated, and the cure that the Rising was supposed to deliver is no longer working.  People are dying and Xander is determined to help them.

Ky and Indie are piloting a plane, taking the cure to those in need. However, Ky wonders if the Rising can be trusted and if he will ever be reunited with Cassia. The rebellion has started.  But will it change Society for the better or destroy everything?

Reached jumps from three different character’s points of view: Cassia, Xander, and Ky.  As the point of view changes, the reader is able to see all sides of the rebellion.  Although it is clear that Xander cares for people, he still has very little medical training, which makes it is hard to believe that the Rising comes to rely so heavily on him to find the cure for the plague.

Xander still hopes to win Cassia’s heart.  This part of the plot seems forced, especially since Cassia made the decision to love Ky in book one.  Xander knows this and yet, he still wonders if they will end up together. The conclusion of Reached, leaves the reader with more questions than answers.  However, the book is good for junior high readers because most of the violence is not described and the sexual content contains only brief kissing.

"I realize now how much courage it takes to choose the life you want, whatever that might be." —Reached