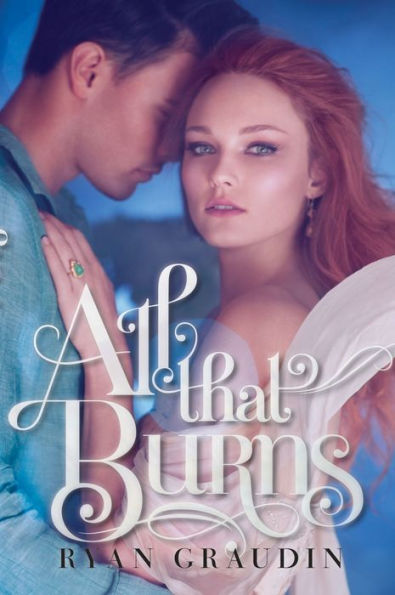 Emrys’ job was to secretly guard the prince, not fall in love with him.  However, loving him was a choice—one she gladly made, even when she had to give up her fairy power and immortality to be with him.  The mortals distrust her because they think she cast a spell over the young prince.  Now they want her and her fairy sisters dead.

To make matters worse, an old prisoner of Mabb’s has escaped and is determined to kill the royal family.  No one knows who the prisoner is or what he will do.  When Richard is abducted, no one knows if the enemy is a mortal or a fairy.  Emrys and Richard’s sister try to figure out what has happened to him, but they must do it in secret, because in a world where fairy and mortals mix, it is impossible to know who to trust.

All that Burns is an interesting story that focuses on Emrys’ love and the loss of her power.  Richard is worth all she has given up, but she still questions everything—her decision to give up her power and her new place within the mortal world.  At times, Emry’s inner conflict overshadows the story’s action and suspense.  In addition, many of the characters have lived thousands of years and reflect on their life in Camelot.  Thus anyone who is not familiar with King Arthur and Camelot may be confused.  One bright spot in the story is Richard’s sister Anabelle who is fiercely devoted to finding Richard and returning him to Emrys’ arms.