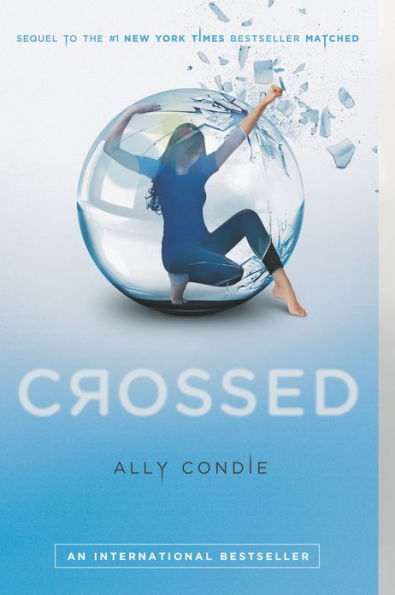 Cassia has risked everything.  The Society sent Ky to the outer providence, and Cassia is determined to find him.  When the chance comes, she sneaks onto an air ship to be used as a decoy in a war against an unnamed enemy.  However, Cassia and another girl, Indie, are soon able to escape, and they go on a dangerous trek through the Carving to search for Ky and the Rising.

Ky will fight for life and for his chance to find his way back to Cassia.  When the society takes him back to the land of his childhood, he runs for the Carving.  However, he is not alone. He has his friend Vick, a young boy named Eli, and an enemy chasing him.  Ky knows the Society is his enemy, but are the inhabitants of the Carving enemies as well?

As Ky and Cassia search to find each other, the point of view changes back and forth between the two characters.  Even though the top of each chapter is labeled with the character’s name, the characters’ voices aren’t distinct.  Instead of hearing the characters, the reader only hears the author’s voice.

Unlike the first book, Crossed is not as suspenseful or enjoyable.  The Society is clearly fighting an enemy; however, there is very little action.  The reader only sees the fighting through the dead bodies left behind.  Besides having little action, it is not clear who the enemy is or what they want, which makes it hard to decide if the enemy is someone to feel sympathy for or to hate.

Cassia gave up everything to find Ky—her family, her home, her place in society—yet Ky still doubts her love for him.  Ky has a secret about Xander that he thinks will make Cassia reevaluate her love for both of them.  He worries that she still loves Xander even though she has proven that she will go to any lengths to be with him.  Instead of creating suspense, the love triangle feels forced.

In the end, Ky and Cassia must split up to make it to the Risings Camp.  Even though Ky is only days behind Cassia, when he arrives he finds Cassia has joined the Rising and been sent back into the Society so she can help their cause.  It seems unrealistic that Cassia would leave Ky after having risked everything to be with him. Instead of leaving the story with a satisfying ending, the author sets it up for another sequel.