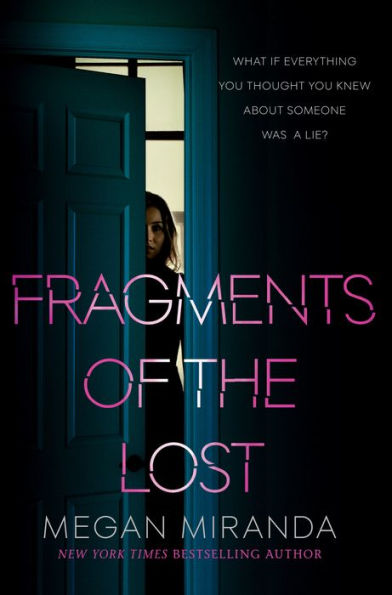 “If I’d learned nothing else, it’s that nobody was who I thought. Everyone had secrets. Trust is a luxury for fools,” Jessa. –Fragments of the Lost

Fragments of the Lost

People blame Jessa for her boyfriend Caleb’s death, but most of them don’t know about the breakup. Instead, they focus on the day he died. The last time Jessa saw Caleb was standing in the bleachers during a track meet. When her good luck dragonfly necklace broke, she ran to him, handed him the necklace. And then he left.

Jessa knows that the teens at school aren’t the only ones who blame her for Caleb’s death. His mother thinks the accident was Jessa’s fault. But when Caleb’s mother asks Jessa to pack up his things, Jessa agrees. She’s hoping that it will help her work through her grief, take away her guilt, and lessen her depression.

But as Jessa begins to box up the pieces of Caleb’s life, every item she touches brings back memories. As the memories flood over her, she thinks that maybe she didn’t know Caleb at all. Each fragment of his life reveals a new clue that propels Jessa to search for the truth about Caleb’s accident. Can she put the pieces together to reveal what really happened on the day he died?

Fragments of the Lost, which is told from Jessa’s point of view, gives a unique perspective on the life of a person. As Jessa reflects on Caleb, her memories are mixed with other people’s memories of Caleb. Each person, each object, each memory shows a different fragment of Caleb, which adds mystery. The story is broken into two parts, with the second part ramping up the action. Although the ending of the story is action-packed, the beginning of the story is character-driven and readers must emotionally connect to Jessa or they will not enjoy the story.

The main part of the story is about Caleb’s death; however, Fragments of the Lost also gives a glimpse into Jessa’s home life, where she often feels overshadowed by her older brother. As Jessa recounts the past, she learns valuable lessons about love, life, and the importance of being honest with others. Although the story has mystery, the clues fall into place too easily which allows the readers to correctly guess what will happen next. This will not make the story less enjoyable for those who enjoy character-driven stories such as E. Lockhart’s We Were Liars. Fragments of the Lost will leave readers wondering what fragments they leave behind.

“If I’d learned nothing else, it’s that nobody was who I thought. Everyone had secrets. Trust is a luxury for fools,” Jessa. –Fragments of the Lost