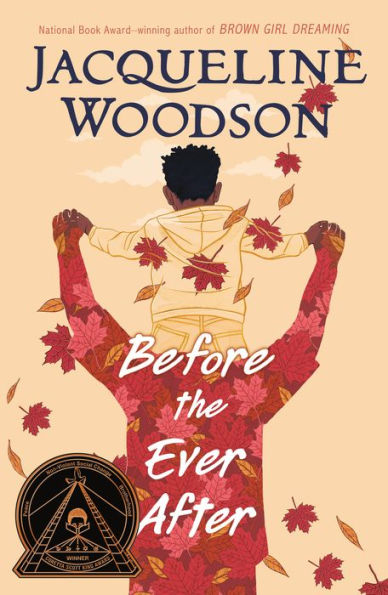 “He’s not my hero, he’s my dad, which means he’s my every single thing,” Zachariah Johnson Jr.  —Before the Ever After

ZJ’s dad, “Zachariah 44” Johnson, is a football star and ZJ’s entire world. He has always been there for ZJ and his mom. Zachariah 44 is a source of pride for the neighborhood and his fans. But after his most recent football concussion, ZJ’s dad has been different: Wild mood swings, forgetting ZJ’s friends’ names, even forgetting ZJ’s name. ZJ finds himself watching as the father that he loves deteriorates before his eyes. Clinging to his friends and mom, ZJ dreams about what life was like before the ever after.

Told in verse by ZJ, Before the Ever After highlights important moments that ZJ remembers about his father—the good and the bad. This is a story that pertains to head injuries in the NFL in the early 2000s and how they were dealt with. It specifically highlights the impact these injuries had on the families of these players.

In a way, ZJ is narrating a tragedy about his father’s fall from football star to a father that can’t remember his own son’s name. ZJ and his mother deal with the situation as best they can, and ZJ’s stories of the good times with his father carry a strong nostalgic tone. ZJ is elementary to middle school-aged, and the way he understands and relays information is perfect for younger readers. ZJ also plays football, but his relationship with it is complicated as ZJ tries to come to terms with the sport that his father loved so much. Although this story is about ZJ’s father, it is very much ZJ’s story as well.

Although Before the Ever After isn’t very long, Jacqueline Woodson carries us along with simple yet powerful verse that conveys the somber tone of ZJ’s particular voice. Throughout the course of the novel, ZJ learns that the things we love in life become a part of us, whether it’s a hobby or career or a person. Those things that we love unconditionally live in our memories, good and bad. By the end of the book, ZJ’s narration is mostly in the present rather than in the past, showing that he’s starting to accept his new reality. Although what happened to his father will never be okay, ZJ isn’t alone, and that’s the most important lesson of all.

“He’s not my hero, he’s my dad, which means he’s my every single thing,” Zachariah Johnson Jr.  —Before the Ever After