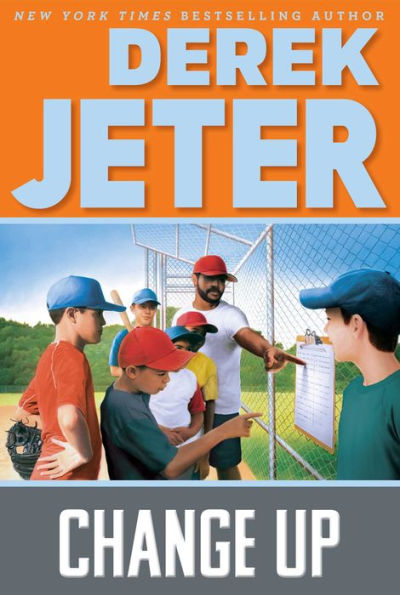 "Baseball was a game of redemption. You could be struggling one moment, and a hero the next." –Change Up

When Derek’s dad promises to coach his team, Derek thinks it will be the best season ever. He’s sure he’ll play shortstop and the team will head to the championships. On the first day of practice, Derek realizes his team needs a lot of work. To make matters worse, Gary—who hates sports and has never played baseball before—is on the team.

Soon Derek is at odds with his dad, and he isn’t getting playing time as a shortstop. Worst of all, Gary seems to be bringing the team down. Is there a way that Derek can help the players turn into a winning team? Derek realizes he has a lot to learn from his coaches, his family, and his teammates.

Sports lovers will enjoy the little league action and play-by-play descriptions of the games. Combined with realistic peer and coach conflicts, readers will understand Derek’s frustration when things do not go as he imagined. The conflict between Derek and Gary helps drive the story and will resonate with readers. The positive interaction between Derek and his parents reinforce the idea of talking through problems with your parents—even if you know they won’t necessarily agree with you.

An easy-to-read story, Change Up is a good sports story for reluctant readers. Derek knows that “life didn’t usually hand out globs of ice cream without at least a small helping of spinach on the side.” As Derek figures out how to resolve his conflicts, he learns important life lessons including focusing on the positive, helping others, and trying to see things from other people’s points of view.

"Baseball was a game of redemption. You could be struggling one moment, and a hero the next." –Change Up