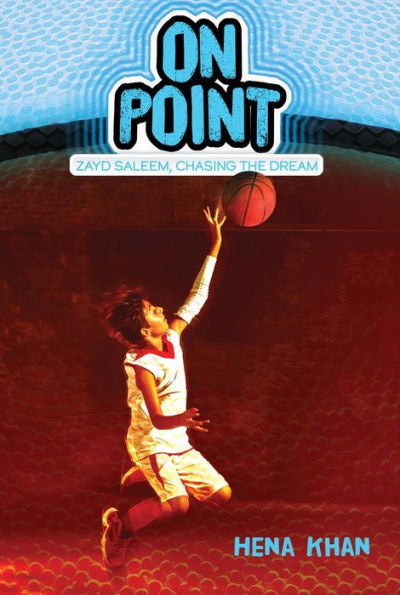 Zayd worked hard to get on the gold basketball team. He was looking forward to a winning season and playing on the team with his best friend Adam. Zayd’s dream season is not close to reality. The team struggles to work as a team and keeps losing. To make matters worse, Adam decides he does not want to be on the team, even though he’s team captain. When the coach tells Zayd to take point, Zayd is not sure he has the skills to play the position. Zayd wants to lead his team to victory, but he wonders is he will be able to step up.

Readers will be drawn into Zayd’s daily life and his struggles on the basketball court. On Point has less basketball action than the first book of the series. Instead, the story focuses more on Zayd’s family life and the changing relationship between he and his best friend. Even though book one develops the characters, On Point can be read as a stand-alone.

Zayd faces typical dilemmas including how to deal with pressure, changing friendships, and insecurities. One dilemma Zayd faces is when a friend tells him to sign a behavioral slip for his parents, but Zayd knows that he needs to be honest. However, he does think “I suddenly realize that when I got into trouble for skipping violin practice to play basketball it was also Adam’s idea.” Through Zayd’s story readers will learn the importance of speaking up for yourself.

Zayd has a big extended family that love and support each other. The relationship between Zayd’s family members bring humor as well as show the complicated, but positive aspects of family life. Through the family’s daily life, the reader gets a glimpse into the Pakistani culture. Urdu words are scattered throughout the story; however, more context into their meaning would be helpful. The chapters are short, dialogue breaks up the paragraphs, and the word choice makes the text easy to read. On Point would be a good book for sports lovers and the relatable plot would be accessible to reluctant readers.