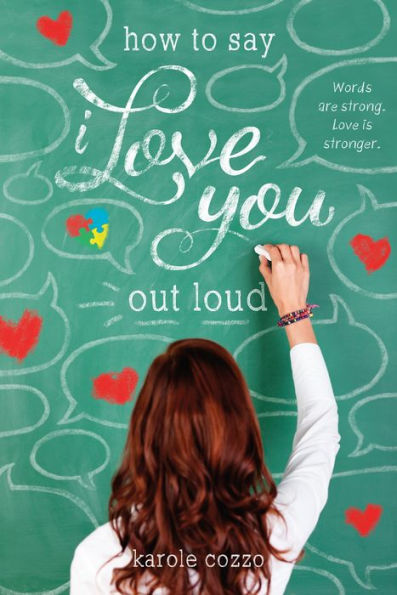 How to Say I Love You Out Loud

Jordyn has a secret to keep. When she moves to an elite new school, Jordyn knows that her secret cannot get out. When charming Alex Colby kisses her, Jordyn demands that they remain “just friends.”  When her best friend tries to get Jordyn to open up, Jordyn pushes her away.

Suddenly, Jordyn’s life takes a turn for the worse when her autistic brother is forced to attend the same school as Jordyn. Can Jordyn keep everyone from knowing that the crazy new kid is her brother? And if her friends find out the truth about her brother, will they alienate her?

Jordyn must decide if she should show others her true self and risk revealing the truth about her complicated family life. If she decides to let others in, will she lose Alex and her best friend?

Jordyn’s fear of rejection is something that every teen can understand. Jordyn struggles with the conflicting emotions of loving her brother but being embarrassed by his behavior. Even though Jordyn’s family life is messy, how to say I love you out loud portrays a loving, two-parent home that sticks together and does the best they can; this is rare in teen literature today.

Another positive aspect of the book is that although it deals with teen issues, there is nothing that is too shocking. Even though the teens in the book cuss often, it is nothing that a typical teen isn’t exposed to in a high school hallway. How to say I love you out loud is an enjoyable romance that shows the importance of showing people your true self and realizing that no one’s life is perfect.