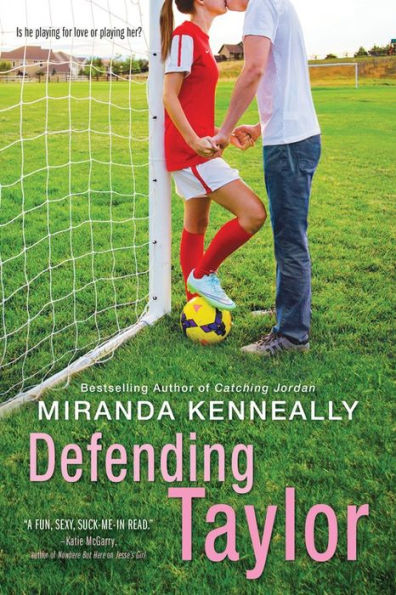 “I’ve still got a little time to decide. The future’s wide open, filled with opportunity. But I’ve got a life to live in the meantime,” Taylor.              —Defending Taylor

Taylor Lukens, the daughter of Senator Lukens of Tennessee, has grown up with the philosophy of working hard. She needs to work hard at school and extracurricular activities to get accepted into Yale or another Ivy League school, an expectation of her family—and especially her father. However, when school officials find her with a bag of her boyfriend’s pills, she takes the fall and is kicked out of her boarding school. All of a sudden, her chances of Yale and her father’s reelection get smaller. Will she be able to manage the weight of her lies and her family’s expectations?

Defending Taylor is a story that perfectly captures the pressure that is placed on soon-to-be high school graduates. Taylor struggles between her family’s expectations and her own passions. When she starts to fall for a family friend Ezra, she starts to understand that some risks are positive. With the support of Ezra and her new friends on the soccer team, she tries to follow her dreams and still make her father proud. She realizes that taking the blame for another’s mistakes has cost her a lot and that coming clean is important.

Although this story may seem at first glance to be all about sports, it is not. Soccer is simply a unifying part of the story because it is told from Taylor’s point of view, and soccer is an important part of her life. It helps her build friendships and allows her to do something that she genuinely enjoys. While readers will enjoy the scenes where she is at practice and games, readers should not expect a story revolving around soccer. The story is mainly about Taylor’s budding romance with Ezra and her struggle to live up to her family’s expectations.

Readers will connect with Taylor’s struggles to make friends at her new school and the pressure she feels to please her parents. This story portrays family conflict as a natural part of growing up. While this may seem negative, Taylor’s parents are misguided yet loving family members. There are several good scenes between Taylor and her father. Even though Taylor wants to be perfect, she and other characters are shown to have flaws, making them more relatable.

Defending Taylor is an easy-to-read story that deals with teen issues. The ending is predictable yet satisfying, because everyone finds their way to happiness, even if it’s not where they thought it would be. The story doesn’t shy away from the tough topic of Adderall, Ritalin, and other drugs. Defending Taylor has a good storyline, but the unnecessary profanity and steam sex scenes may turn off some readers.

“I’ve still got a little time to decide. The future’s wide open, filled with opportunity. But I’ve got a life to live in the meantime,” Taylor.              —Defending Taylor