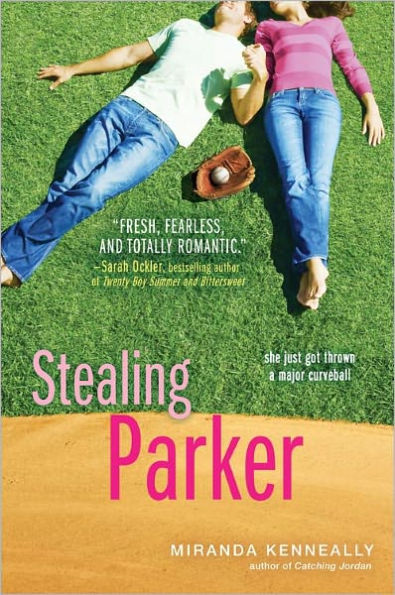 "All that matters is what you want. What you need." ―Stealing Parker

Parker loves her family, her church, and her life. But all that changes when her mother divorces her father and leaves with her new lover—a woman. When Parker’s church and best friend turn their back on her, Parker sets out to prove that she likes boys. But when the boys’ assistant coach catches her eye, Parker’s life spirals out of control.

As Parker struggles with how to deal with her secret relationship, she is besieged with more problems. Parker’s father is in denial. Her brother is always high. And her best friend, Drew, is hiding the fact that he is gay.

Parker works through her insecurities and frustration through a prayer journal, which gives the reader insight into Parker’s emotional state. The reader will be able to understand Parker’s desire to be loved and how that leads her to kiss so many boys, although the illegal relationship between Parker and the boys’ baseball coach leads to frequent and steamy sex scenes and ends with an investigation.

Finding Parker hits on difficult topics relevant in today’s world. Parker explores her faith in God and how that faith impacts those who are gay. The story also tackles the difficulties of high school friendships; most of Parker’s friends abandoned her after her mother came out, classmates that don’t even know her talk trash her, and even her best friend stops talking to her. Finding Parker brings realistic problems to light and shows the dangers of being promiscuous. In the end, Parker learns to love herself and accept her mother’s new lifestyle.

Although Parker is a well-developed and relatable character, her sexual relationship with the adult coach contains graphic sexual details. The story contains mature content, which some readers may want to avoid.

"All that matters is what you want. What you need." ―Stealing Parker