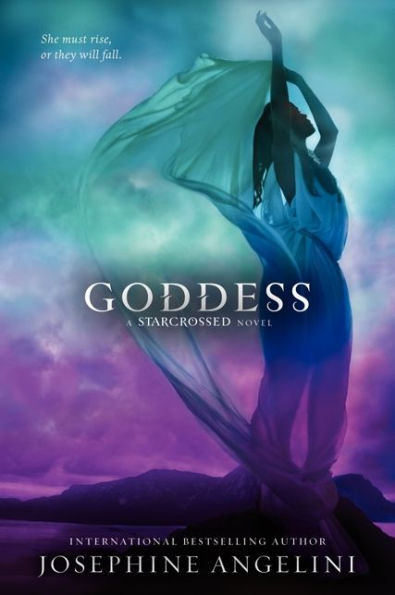 Ares was just the beginning of Helen’s problems. The rest of the gods are free, and they have gone right back to wreaking havoc on mortals. Helen might be the only one who can stop them, but in order to do so, she must do the unthinkable. She must become a goddess.

Becoming blood brothers with Orion and Lucas has changed everything. The four Scion houses are united, yet Atlantis is nowhere to be found. Helen scrambles to keep the people she loves safe, while also searching for a way to defeat literal gods. She begins to realize that she can’t keep everyone alive. The only question is, who will die in this war against the gods?

Helen comes into her own in Goddess. She is a powerful character who drives the story forward. Lucas also narrates a bit of the story, allowing the reader to see Helen’s strength from an outside perspective. There is a decent amount of sex and violence in this story. Goddess twists and turns in a way that will keep readers on the edge of their seats until the very end.