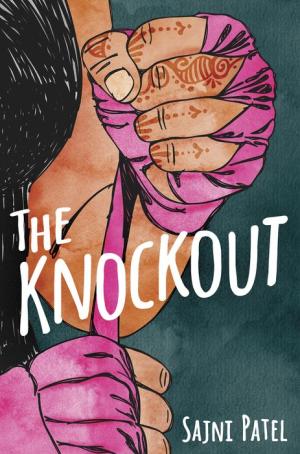 “In this house, Kareena Thakkar, we do not quit. We do not give up or give in,” Mama Thakkar. —The Knockout

Kareena Thakkar is very good at Muay Thai, a mixed-martial art. So good, in fact, that she’s been invited to the US Muay Thai Open, which might lead to her landing a spot on the first-ever Muay Thai Olympic team. The only problem? She might alienate herself from the Indian community even further by doing so. Kareena shouldn’t care– as her parents haven’t raised her within the Indian community since they became estranged from it years ago– but Kareena can’t help feeling like she’s not “Indian enough.”

This is especially a problem since Kareena likes Amit Patel, who is the definition of a perfect Indian boy. Liking Amit isn’t difficult. But navigating Amit’s parents’ disapproval of Kareena and Amit’s relationship may prove to be. Not to mention, Kareena has her own friend issues and the big Muay Thai competition coming up. Needless to say, Kareena has a lot on her plate. The breaking point might be Kareena’s father’s health issues and the family’s mounting debt. But Kareena won’t go down without a fight.

Kareena battles other Muay Thai fighters and her own insecurities in The Knockout, and her determination to come out victorious is inspiring. Most importantly, her most human moments are when she’s anxious about her father’s health and has lapses in confidence. Her ability to bounce back from those moments and have faith in herself and the doctors treating her father is remarkable. Kareena is a good example of what it means to get back up after getting knocked down.

The Knockout shows an interesting intersection between religion, culture, and sports. The expectations on Kareena’s shoulders also weigh on the other Indian American characters: Amit and Saanvi, one of Kareena’s ex-friends, compare themselves and their “Indianness” through cultural and religious expectations. Kareena finds herself isolated not only because of her parent’s refusal to participate in many traditional activities and gatherings but also because Kareena is told that Muay Thai is “too violent” for women. However, Kareena finds community in her parents, Amit, and the other female athletes at her high school who support her goals and her love for Muay Thai.

The Knockout is a smart and insightful story about resilience in social situations and in sports. The book also covers Muay Thai, a sport that is not often written about. The fight scenes are exciting and help show Kareena’s strength of character, which drives the plot. Ultimately, Kareena’s story is about self-acceptance and getting back up when you’re knocked down, which is a lesson that everyone can stand to learn.

“In this house, Kareena Thakkar, we do not quit. We do not give up or give in,” Mama Thakkar. —The Knockout