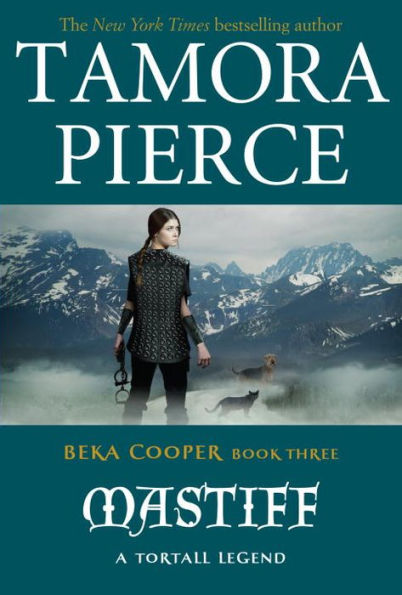 Pierce once again expands Beka’s world by bringing her into the exclusive circle of royalty. Caught up in intrigues and politics, the royal family experiences a tragedy of unparalleled circumstances and reaches out to Beka for help. Along with Tunstall and Achoo, the weight of the realm is on Beka’s shoulders. Struggling against enraged mages and ambitious nobles, Beka and her team are all that might prevent the end of Tortall. While success may save the kingdom, it will cost Beka more than she could imagine.

Mastiff leaps into an interesting scenario, dropping hints about Beka’s personal life that will intrigue readers. Achoo is a sweet hound and Pounce, a talking cat, is delightfully sassy. However, what starts off as an interesting and exciting story quickly lapses into a long journey, with little to break up the monotony. While the middle of the book has readers turning pages out of loyalty to Beka, and little else, the final chapters arrive with a startling twist and heartwarming ending.