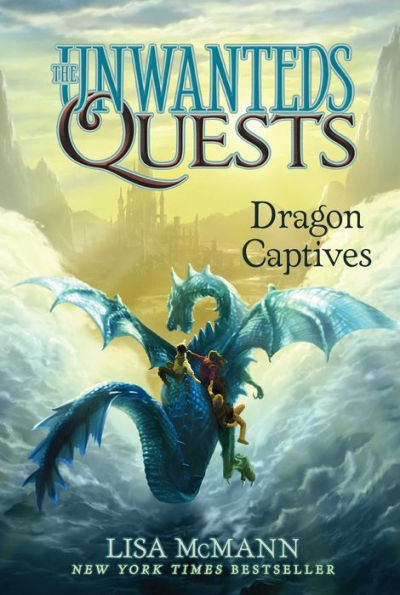 Identical twins Fifer and Thisbe have amazing, uncontrollable magical abilities. They want to learn more about magic, but their brother Alex is the head mage of Artimé and he doesn’t think the girls are ready. Alex knows the girls are more gifted than anyone else, including himself. In order to keep the girls from learning any magical spells, Alex orders everyone in Artimé not to do magic in front of Fifer and Thisbe.

On the Day of Remembrance, an ice blue dragon named Hux shows up with terrible news. His siblings have been enslaved by the notoriously evil Revinir, the ruler of the dragon land. In order to survive, Hux needs someone to return to the dragon’s land to make the dragons new wings. Without Alex’s help, Hux’s sibling will die. Although Alex feels bad for Hux, Alex refuses to leave Artimé.

When Thisbe and Fifer discover Hux’s need, they decide to help the dragons themselves. The girls want to show Alex they are ready to be taught how to use their magic. Thisbe, Fifer, and their friend Seth sneak away to rescue the dragons. Will their untrained abilities be enough to save the dragons—and themselves—when they come face-to-face with Revinir?

Readers will quickly connect to Thisbe, Fifer, and Seth, who want to prove that they can do something good. When the children take off on their journey, they don’t expect to find a hostile land where they will be imprisoned. Despite being in a strange new land, the three spend most of their time trapped in a prison. Because of their plight, each of the characters discover the importance of perseverance.

Even though readers may struggle with the beginning of the book, readers will not regret staying with the story. Once the children make it to the dragon’s land, the story shows interesting cultural differences between the two worlds. Magical spells, chase scenes, and betrayal all come together to make Dragon Captives a fast-paced, exciting story. The action-packed scenes are not gory; however, some readers may be upset by the idea of humans being sold to the highest bidder. Dragon Captives does not have a feel good ending. Instead, the story ends with a scary cliffhanger that will have readers reaching for the next book in the series, Dragon Ghost.