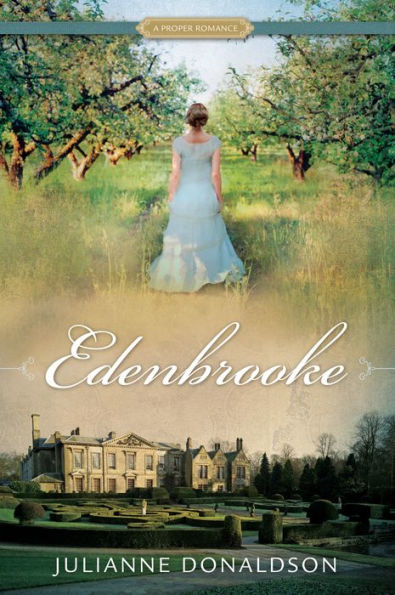 “But he had become a friend to me when I had no other. And a friend who seemed to know me well, and accept me, and one in whom I could confide was a treasure. A priceless treasure,” Marianne Daventry. —Edenbrooke

Marianne Daventry is a seventeen-year-old girl in 1816 England who finds no pleasure in becoming a proper lady. She loves to be in the country and twirl, but since her mother passed away and her father ran away to France to mourn, she has been stuck in Bath with her grandmother who shows her little affection. When Marianne’s twin sister Cecily invites her to stay in Edenbrooke, the country estate of one of their mother’s childhood friends, Marianne thinks things might just be looking up for her. She is excited to escape boring Bath and bask in the countryside. However, Marianne’s grandmother will only allow her to go to Edenbrooke if Marianne agrees to become a proper lady.

While on her way to Edenbrooke, Marianne has a frightening encounter with a highwayman, who shoots her coachman. She seeks help at an inn, where she meets a mysterious handsome stranger who helps her. The mysterious stranger leaves before Marianne can discover his full name. Edenbrooke may not be her tranquil escape after all, as romance enters her life in a way she never expected, and her sister tries to win the heart of the heir of Edenbrooke. Marianne is forced to decide if her loyalties lie with her sister or with her own heart.

Edenbrooke is a sappy romance much like any of Jane Austen’s classic novels. Although the storyline is very predictable, readers will fall in love with Marianne and her quick wit. Her desire for true friendship and to feel loved by her family makes her character relatable and believable. Even though it is a romance novel, most of the book is about the friendship the characters first develop and how Marianne’s feelings begin to shift from friendship to romance. Because the story is told from first-person point of view, readers become close to Marianne’s thoughts, making her even more relatable.

Because the story is set in 1816, the author uses older difficult words, such as “incorrigible” and “odious.” Although the beginning is a little slow, once the reader gets past the first chapter, they won’t want to put the book down, because they will be intrigued by the mysterious man Marianne meets at the inn and her mixed feelings for him. Readers searching for a pure, heartfelt, romantic story will find what they are looking for in Edenbrooke.

“But he had become a friend to me when I had no other. And a friend who seemed to know me well, and accept me, and one in whom I could confide was a treasure. A priceless treasure,” Marianne Daventry. —Edenbrooke