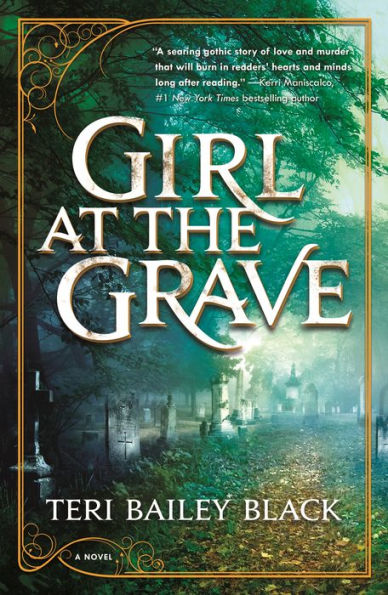 Girl at the Grave

When Valentine was a child, her mother murdered a wealthy man. After her mother was hung at the gallows, Valentine was left in the care of her neglectful father. Forced to learn to care for herself, she lived in a ramshackle house and spent most of her time alone.

Now Valentine is a senior at the prestigious school, Drake Academy. Even though she has earned excellent grades, her mother’s death still haunts her. An outcast among the other students, Valentine relies on Sam’s friendship especially when a local man is murdered and people begin whispering that Valentine may be a murderer like her mother.

As Valentine searches for the truth behind her mother’s death, she soon finds that powerful people will do anything to keep their secrets. Unexpectedly, Rowan Blackshaw, the son of the man her mother murdered, begins spending time with her. Because of Rowan’s interest in Valentine, the other members of her school begin to include her in their group. Valentine longs to be accepted by society, but is acceptance worth burying the secrets of the past?

The first chapter grabs the reader’s attention by setting up the mystery, hinting that Valentine’s mother might have been innocent. Valentine and her two love interests are all well-developed. Because the story is told from Valentine’s point of view, the reader has the ability to understand and care about her struggle. Rowan’s character is an unexpected delight because he does not conform to the rich boy stereotype.

As Valentine begins to unravel the mystery of her mother’s death, her discoveries show the different motivations of some of the characters, which adds interest. When Valentine’s father and another woman disappear, the town sheriff, Valentine, and other town people seem uninterested in their disappearance, which seems unrealistic. The lack of drama that surrounded their disappearance made the discovery of their deaths anticlimactic.

The middle part of the book spent so much time on the love triangle that the mystery faded into the background. The ending of the book contained several surprises, which highlighted how far people will go to protect those they love. The fact that Valentine chooses to follow an unexpected path instead of marrying the boy of her dreams is an added bonus. In the end, what drives the story is Valentine’s personal struggle. Even though the story lacks danger and suspense, Girl at the Grave is an entertaining book that is worth reading.