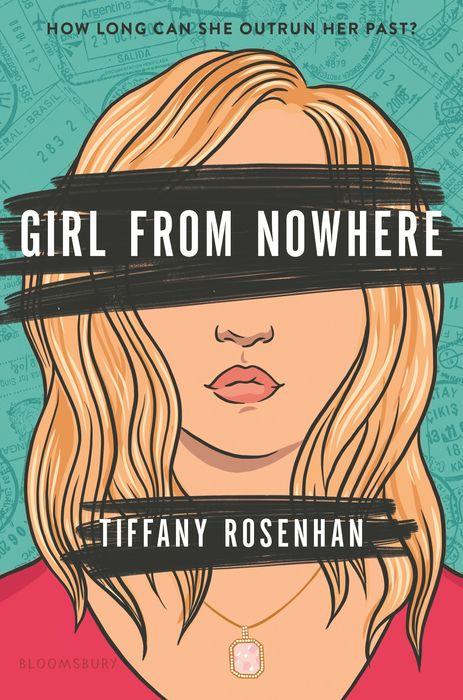 “Words can’t heal us. Only time. One breath at a time,” Aksel. –Girl From Nowhere

Ninety-four countries. Thirty-one schools. Two bullets. Now it’s over . . . or so she thinks.

Sophia Hepworth has spent her life all over the world–moving quickly, never staying in one place for too long. She knows to always look over her shoulder, to be able to fight to survive at a moment’s notice. She has trained to be ready for anything.

Except this. Suddenly it’s over. Now Sophia is expected to attend high school in a sleepy Montana town. She is told to forget the past, but she’s haunted by it. As hard as she tries to be like her new friends and live a normal life, she can’t shake the feeling that this new normal won’t last.

Then comes strong and silent Aksel, whose skills match Sophia’s, and who seems to know more about her than he’s letting on . . .

What if everything Sophia thought she knew about her past is a lie?

Sophia is an interesting character, whose parents have taught her many survival skills including how to defend herself, even if that means she must take a life. While Sophia’s conflict isn’t relatable, her story takes the reader on a fast-paced ride through many dangerous situations. Along the way, Sophia meets Aksel, which adds romance and gives Sophia a protector. Eventually, Sophia confides in Aksel and explains how after being kidnapped and tortured, she feels as if she is “tainted.” Aksel helps Sophia realize that she’s not defined by what others did to her.

While Sophia and Aksel are teenagers, they do not act like typical teenagers. Instead, Aksel reveals that he has been secretly training to be an undercover agent. While this explains his advanced skills with weaponry and evasion, readers still may have a difficult time believing that Sophia and Aksel could survive an attack from a trained terror group. The conclusion is one bloody confrontation after another and finally ends with a surprise that has a very little emotional impact. Despite this, Sophia’s story is entertaining and suspenseful, and Aksel is a swoon-worthy protagonist.

Readers who love action-packed, secret agent stories will enjoy Girl from Nowhere. Sophia isn’t portrayed as a helpless girl in need of a man to protect her. Instead, she is a strong character who is intelligent and resilient. Readers who love strong characters, conspiracy theories, and a sprinkle of romance, but don’t want the graphic descriptions of violence should read Not If I Save You First by Ally Carter and Endangered: A Death on a Deadline Mystery by Kate Jaimet.

“Words can’t heal us. Only time. One breath at a time,” Aksel. –Girl From Nowhere