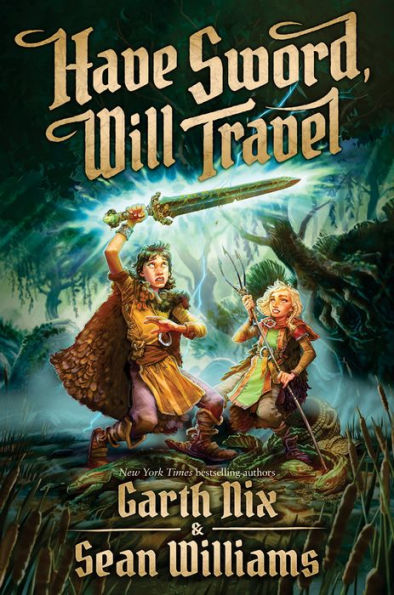 Have Sword, Will Travel

Odo never dreamed of leaving his small town. His best friend, Eleanor, longs for adventure. Everything changes for the two of them when Odo pulls an enchanted sword, Biter, from the river.

Even though Odo doesn’t want adventure, Biter knights him and demands that Odo go on a quest to discover why the town’s river has dried up. Eleanor goes along, excited for the chance to explore the unknown. Along the way, Odo and Eleanor discover that life outside of their village is full of both good and evil and that danger often lurks in unexpected places.

A fast-paced story full of interesting characters—human and non-human— Have Sword, Will Travel takes the reader on an epic adventure. Eleanor is a feisty heroine and Odo is a reluctant hero that children will love. Written with humor, the story teaches lessons such as not bending the truth, fighting for what is right, and defending those in need.