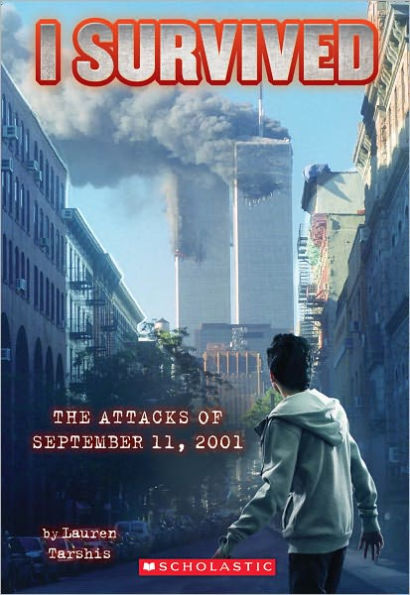 “Dad told Lucas it would get easier, as time passed. He didn’t mean easy. It meant that there would be minutes—like these—where he wasn’t buried by sadness, when he wasn’t stuck in the terror of that day in September,” Lucas. –I Survived the Attacks of September 11, 2001

The only thing Lucas loves more than football is his dad’s friend Benny, a firefighter and former football star. He taught Lucas the game and helped him practice. So, when Lucas’s parents decide football is too dangerous and he needs to quit, Lucas has to talk to his biggest fan.

On a whim, Lucas takes the train to the city instead of the bus to school. It’s a bright, beautiful day in New York. Just as Lucas arrives at the fire house, everything changes…and nothing will ever be the same again.

Lucas’s story will capture readers’ attention because it begins by focusing on Lucas’s love of football. At first, Lucas is devastated that his parents want him to quit football, as he has had three concussions in two years. Like many preteens, Lucas is impulsive and doesn’t think through his plan to skip school and go into New York to talk to Benny. However, as Lucas witnesses the attacks of September 11, he realizes that football is not the most important thing in life. At first, Lucas was worried that he would lose the friendship of his football friends. However, he realizes that his football friends still have his back, even if he isn’t on the field.

The blending of football and the attacks on the Twin Towers is a little awkward at first. However, the mix of the two topics allows Tarshis to highlight the importance of family, friends, and supporting each other through many situations. Even though the story gives details about the attacks of September 11, the events are described in a kid-friendly manner. The story does not go into vivid details, but it allows younger readers to get a glimpse into the tragedy of September 11. The end of the book has a timeline of the events of September 11 as well as questions and answers about the tragic day.

I Survived the Attacks of September 11, 2001 answers the broad questions about the day’s events without giving readers a graphic image of the death and destruction. Readers who are curious about the attacks will see the events through Lucas’s eyes and understand his fear and worry. Not only will readers learn facts about the attack, but they will also learn the dangers of concussions and the importance of friendships.

The story is accessible to all readers because Tarshis uses short paragraphs and simple sentences. Realistic black and white illustrations are scattered throughout the story and help bring the story alive. I Survived the Attacks of September 11, 2001 uses suspense and a simple plot that will answer readers’ questions about the attacks on the Twin Towers. Although the story doesn’t go into detail, the story is a good starting point for curious readers.

“Dad told Lucas it would get easier, as time passed. He didn’t mean easy. It meant that there would be minutes—like these—where he wasn’t buried by sadness, when he wasn’t stuck in the terror of that day in September,” Lucas. –I Survived the Attacks of September 11, 2001