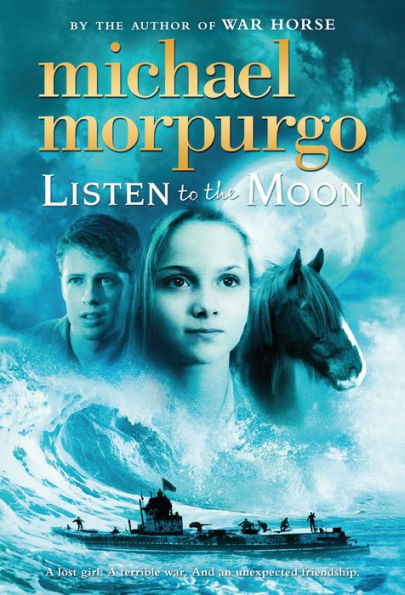 Listen to the Moon

Twelve-year-old Merry will never forget the day a German U-boat shot down the Lusitania. That was the day her life took a tragic turn as most of the passengers on the ship died, including Merry’s mother. In an amazing turn of events, Merry is saved, only to be abandoned on the uninhabited St. Helen’s Island.

When fisherman Jim Wheatcroft and his son find Merry, she is injured, ill, and unable to talk or remember who she is. Wheatcroft’s family tries to help Merry, who they call Lucy, heal from her physical and emotional wounds. However, the family had no idea how cruel their community would become when they believed Lucy was German.

Listen to the Moon chronicles the true story of a young girl who left for England to be with her injured father and ended up on a small island during World War II. It is a story of bravery, friendship, and kindness.

The story is amazing; however, the slow pace and topic of war may make it difficult for younger readers to get through the story. Although the violence is nothing shocking, the story shows what happens to those who go to war; it also highlights the injuries and hopelessness of a boy who comes back from the war.  The reader will see the death of the people on the Lusitania, but they will also see the kindness of German soldiers as they help the young girl survive.