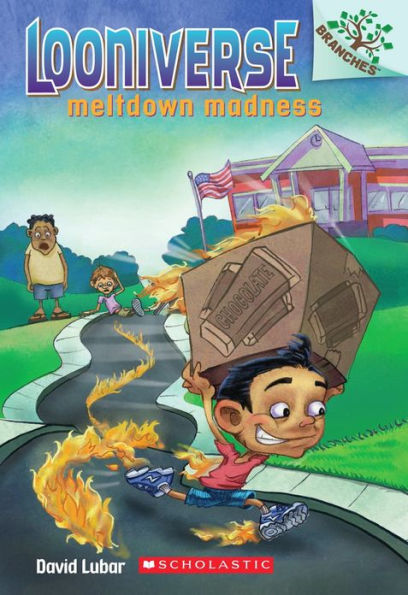 Ed wants to join the soccer team, but first, he has to sell chocolate bars. But when he tells his friend to run “as fast as possible,” his friend runs so fast that the chocolate bars melt. Ed must figure out how to get out of this gooey mess. Is there any way for him to earn the money he needs to join the team?

Meltdown Madness is a super silly story that beginning readers will enjoy. The humorous black-and-white illustrations that appear on every page help readers visualize the strange events that happen to Ed. Talking coins, miniature horses, and rows of corn all come to life through the illustrations. Ed’s mishaps show the importance of choosing words carefully and teach the meaning of various sayings such as “don’t look a gift horse in the mouth.”

Even though the storyline is silly and humorous, Ed demonstrates problem-solving skills as well as taking responsibility for his actions. When Ed is unsure how to solve his problem, he seeks out adult advice and continues to brainstorm ideas. After Ed accidentally breaks two windows, he doesn’t complain about having to earn the money to pay for them. Meltdown Madness is a straightforward story that is worth the read.