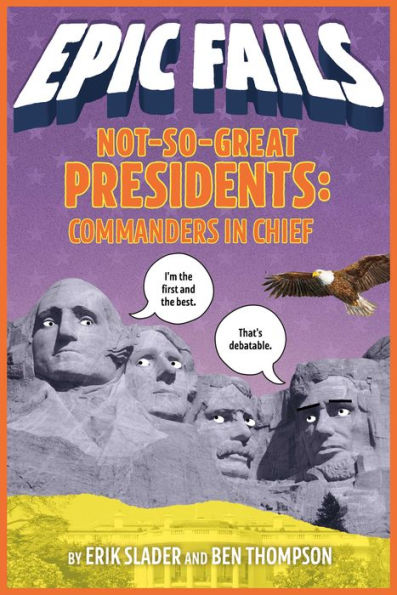 From heroic George Washington to the dastardly Richard Nixon, the oval office has been occupied by larger-than-life personalities since 1789. The position comes with enormous power and responsibility, and every American president thus far has managed to achieve great things. However, each president of the United States is only human—and oftentimes far from perfect. While some men suffered through only minor mishaps during their time in office, others are famously remembered for leaving behind bigger messes.

Take a trip through the history of the presidents and discover each man’s contribution. Historical artwork, photographs, and black and white illustrations appear every 1 to 3 pages. Many of the illustrations are comical caricatures of presidents. The short chapters, large text, and illustrations make the book accessible to readers. The book incorporates some definitions into the text. For example, some politicians start “attacking their opponents—explaining why people shouldn’t vote for the other guy, instead of why people should vote for them. This is called mudslinging.” Even though some of the vocabulary is explained, readers may still struggle with the difficult vocabulary.

Not-So-Great Presidents: Commanders In Chief uses a conversational tone that makes learning about history fun. The book uses many references to popular culture such as the Marvel Universe. For example, President Franklin Pierce “also has one of the most tragic backstories since the Punisher first showed up in Marvel comics.” While the vast amount of historical facts will not be retained, Not-So-Great Presidents: Commanders In Chief introduces history in an educational and fun way, which will keep readers interested until the very end. One of the best parts of the book is that it shows that everyone—even heroic presidents—makes mistakes. The history of the presidents shows that to be a respected leader, one does not need to be perfect.